Ciara McGing and Tanya Watson have both advanced to the Platform (10 metres) final at the European Championships in Rome.

It will be the first time Ireland will be represented by two divers in an international final.

The final will take place from 1.57pm.

Finn McGeever missed out on a place in the men's 400m freestyle final at the European Swimming Championships in Rome.

The Tokyo 2020 Olympian swam a time of 3:56.52 which was enough to finish third in heat two but left him 27th overall after completion of the five heats, 5.23 seconds outside the top eight places.

Liam Custer, who was involved in the men's 200m individual medley heats on Tuesday, did not take part in the 400m freestyle.

Meanwhile the Irish team was a non-participant in the heat two of the men's 4x100m Medley Relay.

In her first senior international meet, Grace Hodgins finished fifth in the first of the four heats in the women's 400m freestyle.

The 17-year-old set a time of 4:25.81 which ranked her 31st overall, outside the qualifying positions for the final, with the top eight advancing.

In the evening session, Mona McSharry will be competing in her third final of the week when the Sligo swimmer takes part in the women's 50m breaststroke.

"Hopefully I'll go faster tomorrow. I just want to swim another good race. A PB would be a nice way to finish the meet," McSharry told RTÉ Sport after Tuesday's semi-final heat.

Watch highlights of the European Swimming Championships on RTÉ2 from 11.30pm 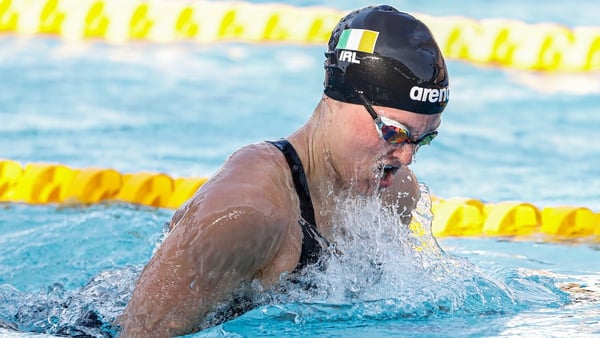