Mona McSharry says it has taken time to adjust her expectations in the swimming pool, but building mental resilience has helped her compete at senior level.

The Sligo teenager holds multiple breaststroke national senior records and made her mark on the international stage three years ago when claiming a gold medal at the World Junior Championships.

The step-up to senior however was always going to be a significant hurdle.

A bronze medal in the 50m breaststroke at the European Short Course Swimming Championships in Glasgow last December was a confidence booster, but the 19-year-old admits it has been a difficult transition at times. 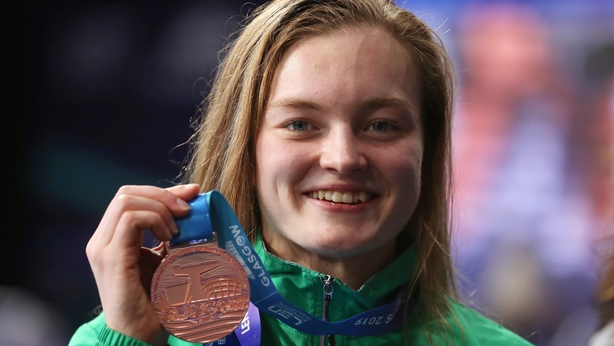 "I fooled myself thinking it would be a lot easier than it was," she told 2fm's Game On. "My last summer at junior level I won five international medals. I was on a high and felt unstoppable.

"Jumping into senior I felt I would be as good, but it’s a completely different field of athletes.

"It took me a while to realise it takes two or three, even four or five years to build your way up and get to the top."

Part of that process involved some inward looking and McSharry says she has a different outlook to her mental preparation than she did in previous years. 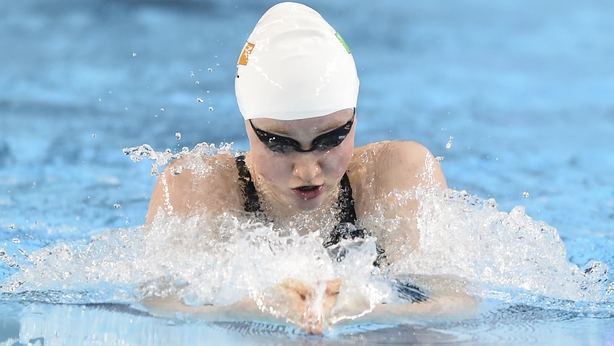 "I worked with somebody when I was going through a bit of a lull in my career, but I work on it a lot more myself now. It plays such a large part in racing. I don’t think I realised as a junior how important it is to be strong mentally.

"Now I work a lot on visualisation and having a healthy, mental well-being. I have worked on it a lot in the last year more than any other time in my career."

Like other athletes, McSharry is hoping to return to the pool as soon as possible, but that will be in her native Sligo rather than Dublin.

High-performance athletes are set to be able to return to their training bases from next Monday, with the Cabinet expected to give formal approval to the move in the next two days after health clearance was secured.

It means that athletes using the National Sports Campus will be able to return to training there, meaning some 200 competitors, including McSharry, can resume training outside of locations close to their homes from early next week.

The teenager however has decided she won’t be travelling to the capital.

"I was given the offer but because I live in Sligo, I made the decision to hold off. I didn’t feel like travelling to Dublin and staying there full-time was a good decision for me because I would have been alone.

"Hopefully my pool here will be able to offer me something soon enough." 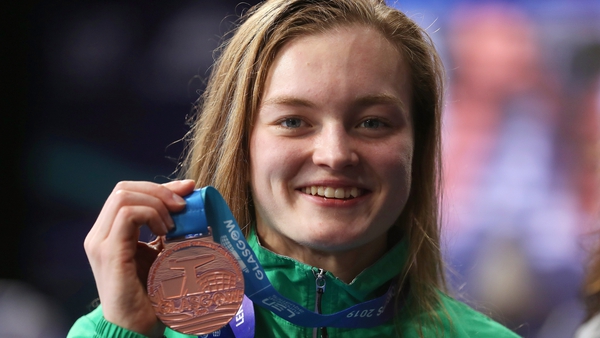 Bronze for Mona McSharry at the Europeans Swimming