UCD swimmer Alex Murphy is through to the semi-finals of the men’s 50 metre breaststroke at the European Swimming Championships in London.

Murphy, who is coached by former Olympian Earl McCarthy, is the current European Short Course (25 Metre) bronze medallist in the event and just managed to make tonight’s semi-final in 16th place.

Murphy recorded a time of 28 seconds flat, which was just good enough to give the 20-year-old fifth place in his heat and earn an outside lane for tonight’s last 16, which begin at 7.30pm.

“I’m a little worn out, a little disappointed it wasn’t quicker, I was expecting to go faster, maybe nearer my pb (27.49), but hopeful that I can swim faster in the semi-final” said Murphy afterwards.

“I’ve been picking bits out of my 100m (breaststroke) that I didn’t do well and rushing to try and fit them into the 50 which was maybe the wrong thing to do. I think relaxing into it and swimming how I normally would, would pay off a bit better on the 50”.

Sunday Well’s Dan Sweeney ended a disappointing week for the 23-year-old as he was never in contention in the same event and finished well down the field in 30.11 seconds.

Brendan Hyland too was eliminated after the heats of the men’s 100 metres butterfly, finishing a lowly 41st having recorded a time of 54.08, half a second outside his own Irish senior record.

Danielle Hill was Ireland other competitor today in the women’s 50 metre backstroke, but she too failed to progress from the heats coming in ranked 28th after a heat time of 29.79 seconds.

21-year-old Sycerika McMahon was due to swim the heats of the women’s 200 metres freestyle, but pulled out of the event. 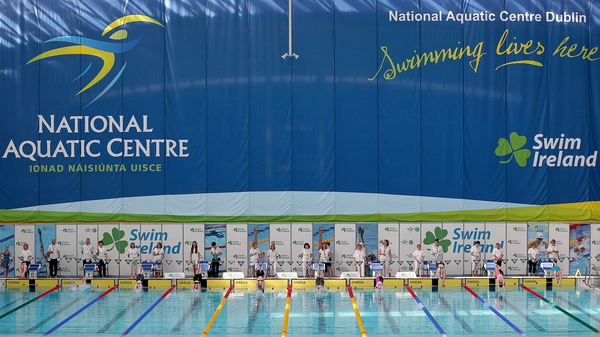