Conor Ferguson missed out on the qualification time for the Rio Olympics in agonising fashion despite taking victory in the men's 100m backstroke final on day two of the National Swimming Championships at the NAC in Dublin.

Ferguson had Shane Ryan, who has already qualified for Rio, alongside him for the entire race as he tried to drag his compatriot under the required time.

However, as the two hit the wall side by side, it was Ferguson who edged it in a new Irish senior record for the event, an achievement soured by the realisation he'd finished a fraction outside what the time required.

Alex Murphy, another Irish Olympic hopeful, is the fastest qualifier into Saturday’s final of the men's 100m breastroke having emerged as the top swimmer from the semi-finals.

The 21-year-old UCD swimmer, who moved from Oxford a number of years ago to swim for Earl McCarthy at the Dublin university, was also just outside the FINA 'A' time of 60.57, which is the Olympic qualifying standard.

Murphy went out in 28.68 seconds anbd looked on track to make the Games.

However he tied up in the last 10 metres of the race, spinning in the water in his attempts to reach the wall and recording a time of 61.31 seconds.

Murphy, who was disqualified for a false start in the 50m breastroke semi-finals, will have another chance to make the plane for Rio in Saturday's final.

Mona McSharry from the tiny Marlin Swimming Club in Ballyshannon in Donegal, produced an impressive swim to claim an Irish junior record in the women’s 100m breastroke.

The 16-year-old, who will also represent Ireland at the Europeans, was the fastest qualifier into the final of the women’s 100m breastroke in 1.08.79, breaking her own Irish record.

McSharry will have another opportunity to lower that record in Saturday's final at the NAC. 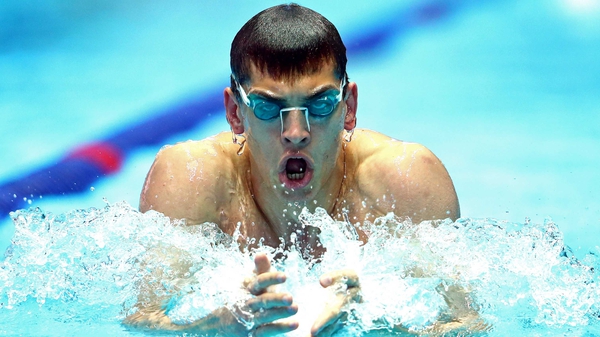