There was a dramatic start to this year's Irish National Swimming Championships at the NAC in Dublin as UCD’S Alex Murphy, the gold medal favourite and European short course bronze medallist, was disqualified for a false start in the second semi-final of the men's 50m breastroke.

Murphy hit the water to gasps from the crowd just before the starting hooter and finished the race, but was disqualified for leaving the blocks early and was eliminated from the final.

In the 21-year-old's absence, the gold was won by Murphy's UCD team-mate Darragh Green in 28.19 seconds, a race that took an age to declare due to a malfunction in the NAC timing system.

Shane Ryan, who has transferred from the US swim squad to compete for Ireland at the Olympics, went safely though to Friday's final of the men's 100m backstroke.

But with Ryan already qualified for Rio, the spotlight now falls on Larne’s Conor Ferguson, who is the fastest qualifier hoping to join Ryan, Fiona Doyle and Nicholas Quinn on the plane to Brazil.

Ferguson is currently just over three-tenths of a second shy of the FINA 'A' qualifying time and will certainly have a crack at the standard in Friday night's 100m backstroke final.

The time of 16.12.67 wasn’t quick by any means, but it was a brilliant tactical race as the 26-year-old held off Swiss Olympic team swimmer Gabriel Jegher to win the title.

And the opening day concluded with an Irish senior record for UCD in the men's freestyle relay as their quartet won gold in 3.28.07, shaving 0.68 of a second off the old standard. 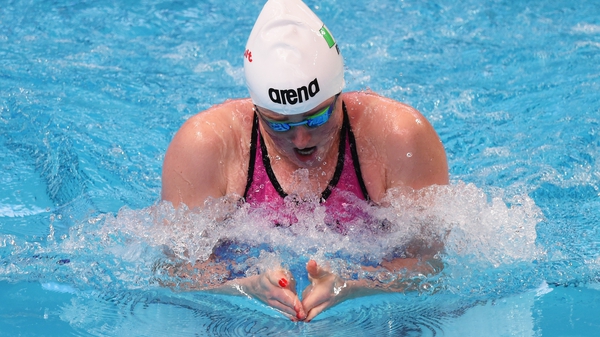