The Boys in Green fell to a disappointing defeat at home to Norway on Thursday evening, but speculation that Kenny will chop and change for tomorrow’s friendly against Malta, a side ranked 168th in the world, has been ruled out by the boss.

With the daunting visit of France to kick off the Euros qualifying campaign in March, and a squad still getting used to international football, the 51-year-old stressed the importance for continuity within the starting team.

"There will be some changes, but not wholesale changes," he told RTÉ Sport.

"We are trying to build a squad for the European Championship campaign, particularly for March. The element of competition now is important.

"You can never be sure who is available in March through injuries. I think we have increased the level of competition in all areas of the park, which is important."

On Thursday night, Brighton teenager Evan Ferguson became the latest player to be capped under Kenny as a period of personnel transition continues.

Lauded for giving youth a chance, Kenny is aware that there is a fine line at top-level football.

"We have introduced a lot of new players over the last two years," he said.

"That’s not to say we won’t do that again, if players deserve it, but we are trying a squad we need for March. We have had radical enough change and we need a level of continuity to some degree."

Reflecting on the 2-1 defeat to Norway, Kenny accepted the first-half showing was below par, but suggested that the tactical approach from the visitors played a vital part, with Ireland looking rather toothless in attack.

"They paid us an awful lot of respect in retreating in a low to mid-block when we were in possession," he said, adding it was a real learning curve for the strike partnership of Michael Obafemi and Callum Robinson in impacting the game.

Stephen Kenny is looking for a win in Malta to end 2022 on a more positive note & keep building towards the Euros qualification campaign, reports @DAVEKELLY4 #RTEsoccer pic.twitter.com/59JVmJGoaU

While much was made of Ireland’s limited opportunities to score, it is at the other end where Kenny is seeking improvement, with two defensive lapses costing the team dearly at the Aviva Stadium.

Keeping clean sheets and cutting out individual mistakes is a priority if Ireland are to make any impression in their challenging European Championships qualifying group.

"We need to get back to that culture," Kenny added. "That’s an area we have to improve on in recent performances." 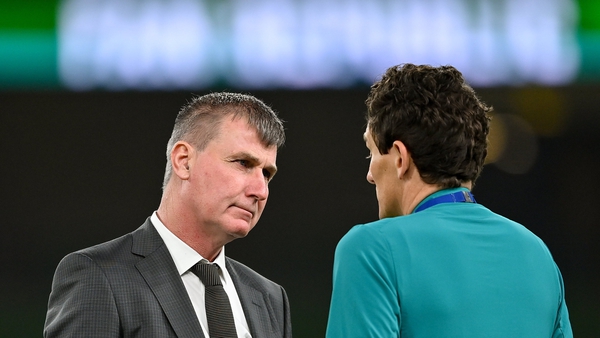 Malta v Republic of Ireland: All you need to know