The joint bid between the UK and Ireland to host Euro 2028 has been formally submitted to UEFA at a preliminary level.

A proposed shortlist of 14 venues has been submitted, including Croke Park, the Aviva Stadium and the unbuilt GAA stadium Casement Park in Belfast.

A final list of 10 stadiums will be submitted to UEFA in April 2023.

The FAI, along with the other governing bodies, issued a statement this afternoon welcoming the combined effort between the two islands in attempting to host the tournament.

It read: "We are delighted that Government Partners of Ireland, the UK, Scotland, Wales, and officials in Northern Ireland, support this bid. Together, we believe we can deliver a world-class tournament, and that hosting UEFA Euro 2028 will achieve a strong and sustainable legacy for football and wider society, helping to drive economic growth in local communities.

"Working with UEFA, our plan is to host a tournament that will be a catalyst for transformational grassroots football development – with a promise to share legacy initiatives with European National Associations to accelerate growth across the continent.

"Ireland and the UK's track record of hosting successful major sporting events over many decades means we have the expertise and experience to take this world-class tournament to new heights."

They say their proposed stadiums will provide "an unrivalled experience" for supporters travelling to support their countries.

The FAI has worked with the GAA as part of the bid due to the lack of soccer facilities in the country. The minimum number of seats required in 33,000, which leaves only the Aviva Stadium a feasible option.

The projected economic benefit if Ireland was to co-host the event would be €361m, according to the Government.

The UK and Ireland had initially undertaken a feasibility study looking at the possibility of bidding for the 2030 World Cup, but switched focus to the Euros.

The proposed shortlisted cities and stadiums are: 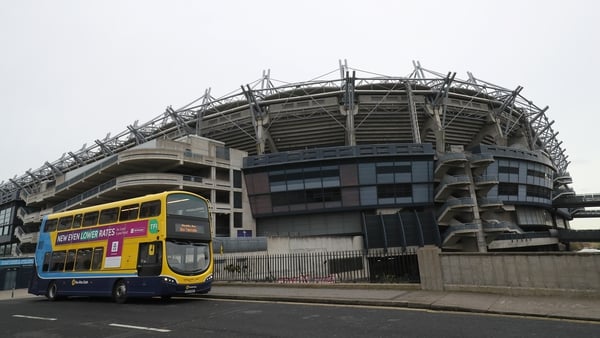