Stephen Kenny explained his decision to bring untested striker Evan Ferguson into the Ireland squad ahead of the upcoming friendly fixtures against Norway and Malta.

The Ireland manager believes that the 18-year-old is a "good prospect", while admitting that his elevation to the senior squad has arrived earlier than anticipated.

Kenny is hoping that the young centre-forward can go out on loan from Brighton in the New Year with the possibility of playing his way into contention for the March and June international windows, which herald the start of Euro 2024 qualification.

"Evan is very young, there's no doubt he hasn’t played many games but he’s been really exceptional coming through the ranks all the way up at international level," said Kenny, speaking at this afternoon’s press conference.

"He’s someone we regard highly, and he obviously has different attributes to the strikers that we have.

"I know it’s an early promotion for Evan. I suppose the way I have to look at it, if Evan goes on loan in January, which is quite possible - between March and June is a key time for us – we can’t predict how he will do, but if he went and did well and got regular gametime and scored goals, he could easily come into the picture.

"It can change that quickly. He scores different types of goals, he scores great headed goals which is rare enough now, we are not producing that type of player. He’s a natural goalscorer and it will be good experience for him in the squad."

Kenny named his 26-man squad for the upcoming games, which sees Ireland face Norway at the Aviva Stadium next Thursday, before flying to Malta for a second game on Sunday week, and the manager admitted that he named an extra forward due to the fact that there is a doubt over the fitness of Will Keane.

"With Will Keane, he’s a little bit of a doubt because he came off injured midweek, he’s got to have a scan on an injury.

"So with Will in mind and Adam Idah and Troy Parrott injured, it’s an opportunity for Evan.

"The players that are in the squad , Michael Obafemi has done really well, Scott Hogan is in good form for Birmingham and we have put an extra forward in because we are preempting the possible withdrawal [Keane]."

The manager confirmed that Shamrock Rovers duo Neil Farrugia and Rory Gaffney are on the stand-by list, along with Derry City goalkeeper Brian Maher, who will be playing in the FAI Cup final on Sunday.

Will Smallbone, however, has been rewarded for his displays with the Under-21 side as well as his club form at Stoke City, and the manager believes that he is a natural midfielder.

"Will has shown great character to come back from a cruciate ligament injury, which is a real blow for a young player, in his time at Southampton," said Kenny.

"He was making some appearances in the Premier League, [and] his performances for the Under-21s have been quite good.

"He is a creative passer and has gone and played for Stoke this season and has done reasonably well and has shown the ability to change the tempo of the game with his passing.

"He understands, he’s a natural midfield player, and in the Under-21 team he showed the ability to score good goals so he’s there on merit, I feel it’s an opportunity for him."

Derby County, meanwhile, have refused to release Jason Knight and Conor Hourihane for the two matches as the League 1 side have two fixtures over the next seven days.

Kenny explained the decision by the English club, stating that the upcoming international window is not a fully sanctioned one, which means that the club are not obliged to release the players for the friendly matches.

"They have an FA Cup match this week and a league match so they haven’t released the players.

"Jason has been injured, though he came on last night [against Liverpool in EFL Cup] but that’s the reason they are not there.

"I have no idea why it isn’t a fully sanctioned window that we can demand everyone [is released].

"They have competitive matches, but from our point of view playing for your country is the pinnacle of your career, and should be above everything. Ideally we want everyone here but there’s nothing we can do."

There is no place for Shane Duffy in the squad and while the Fulham defender has been struggling for game time at his new club, the manager said that his absence was due to personal reasons.

Kenny did, however, back Duffy to get back to his best, and believes that the big Derry defender is currently in the prime of his career.

"I speak regularly with Shane," said Kenny. "He’s been left out of the squad for personal reasons really. That’s why he’s not in the squad this time.

"I think it’s been well documented that he’s not played many games, he’s in the prime of his career, a 30-year-old centre back, so when he gets playing regular football, he’ll excel again.

"You remember his performance against Portugal at home here, a really outstanding performance.

"He just needs regular football but that’s not the reason on this one. He’d have been in the squad. This is one for personal reasons." 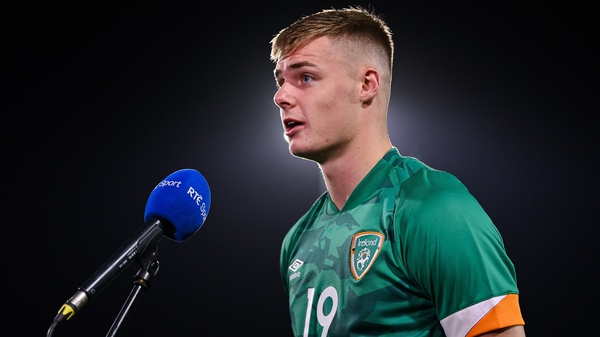