Matt Doherty is hoping that he can play his way back into the Tottenham team by showing his form for Ireland against Scotland and Armenia.

The right wing-back enjoyed a consistent spell in the Spurs starting XI in the second half of last season, however Doherty picked up an injury in April and missed the end of the campaign.

The Dubliner was also missing for Ireland's four international games in June, and while he has found his fitness throughout the start of the current Premier League campaign, he is yet to get a proper run out with Antonio Conte’s side.

And while match fitness may be an issue, Doherty claims that he is ready to go on Saturday at Hampden Park, putting it down to the intense pre-season and day-to-day training with the north London club.

Doherty also revealed that Conte has given him his blessing to go away and play two international games in order to bring some match fitness back to boost his club chances.

"That's exactly what he said," said Doherty, when asked whether Conte wants him to play in the international games.

Matt Doherty says he expects to feature for Spurs more after the international window, if Ireland manager Stephen Kenny 'obeys' Antonio Conte by playing him against Scotland and Armenia #NationsLeague #RTESoccer #COYBIG pic.twitter.com/raGYIvMPHu

"He wants me to come away and try and get two games in, he kind of said in his press conference that I would be available after the international break fully for selection. That's kind of the plan, if Stephen obeys him!"

It has been well documented how much emphasis that Spurs are putting on their players’ condition, and while Doherty thought he was ready to go in pre-season, his manager expressed his doubts to the player in that regard. And Doherty admitted that Conte was, in fact, correct.

"I feel pretty fit now," explained Doherty. "It probably took a little bit longer than expected. I was pretty much available all of pre-season but wasn't moving that well.

"I understand where the manager is coming from, where he thought my fitness was and he was right at the end of the day.

"I know that he trusts me, I know that once I’m back again, he knows what I can do for him and once he thinks I’m available, I’m sure he’ll give me more time.

"Like I said, the last three or four weeks, I’ve started to feel really good again. Just kind of doing things more off the cuff and not having to think about them, find my confidence in training.

"I’m kind of champing at the bit. We train really hard at club level, so I think fitness won’t be an issue going into the two games for me."

Doherty was forced to watch the summer series on television, and while he admitted that he was nervous ahead of the Scotland game, following the two defeats to Armenia and Ukraine, he believes that the confidence is now instilled in the team, which augers very well for the upcoming games and the future campaign for Euro 2024.

"The first few games were, obviously, tough, they didn't go that well," said Doherty. "I was a bit nervous before watching the Scotland game. But the lads played unbelievably well, kind of blew them away.

"I knew that it was a performance that they had in them. It was nice to finish the summer in the way that we did.

"Honestly, I think the confidence is really high all the time. We get coached extremely well, our gameplan is almost always spot on, so the confidence is there from the set-up we have, the belief that they give us.

"I think maybe at the start of the reign, when the manager first came in, he was trying to find confidence in players, but since then, everyone has been on top form and ready to play for him.

"Of course, you’re always striving for consistency. We want to win every game we play; we look at the fixtures that we have and we think that they are winnable games.

"We trust each other, the management, the players, all the staff we have belief and trust in each other. We’re going to try and win both games."

And looking beyond the current campaign and on to next year and the qualifying campaign for Euro 2024, Doherty admits that the time could be running out for some of the squad to make it to a major tournament.

"A lot of us are at that age where there might not be that many more opportunities to get back into a serious competition," said Doherty. "Some of us have never been, including myself.

"We’re pretty focused. We’ve a set goal that we want to achieve, and I think we’re capable.

"I know people might not think that’s the case, but I feel like I know football. I know how good the players are, how much they listen to the manager.

"I think we are capable of achieving something, yes." 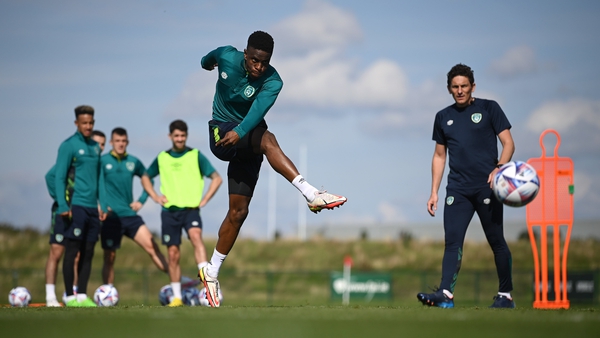