Chiedozie Ogbene is expecting a very different Scotland side to show up at Hampden Park on Saturday for Ireland's final Nations League away fixture.

Steve Clarke’s side were well-beaten in Dublin last June, with Ireland comfortably winning 3-0, thanks to goals from Alan Browne, Troy Parrott and a wonder-strike from Michael Obafemi.

And Rotherham striker Ogbene, who is hoping to lead the line at the historic Glasgow arena on Saturday, is confident that Ireland will be ready for the response and get to impose their own style on the clash of Celtic cousins.

"Well, if you were to lose 3-0, you would expect a reaction," said Ogbene, speaking to the media on Monday.

"Anyone to lose a game and not expect a reaction, you need to re-think what industry you're in.

"I'm sure they're going to watch the clips and know our strengths, and obviously we have to have other stuff in the locker as well to impose ourselves away from home."

Ogbene featured in three out of the four internationals in June, missing out on the Scotland game through injury, however, he has maintained his form at club level, looking very comfortable in the Championship, having gained promotion with Rotherham last season.

The former Cork City man has also experienced a shift in position with The Millers, moving into a more direct forward role, having played at wing-back for the majority of last season.

And Ogbene believes that he is getting more experienced in the attacking department, which will give him a better chance of playing in a similar role for his country.

"I've gone from right wing-back role to a more forward role for the team," said Ogbene.

"I'm not a natural born striker, I've played winger all my life and to leave players like Georgie Kelly and Tom Eaves out to play me up top obviously shows the manager’s belief in me.

"I'm learning to be more of a focal point and an outlet for the team. I'm hoping I'll continue to chip in with goals and keep us up where we want to be.

"I really enjoy that position, up higher on the pitch, I think my teammates like me up there, I can be that outlet for them if we are under pressure, I enjoy going in behind and running at defenders, running towards goal, that's where I want to be." 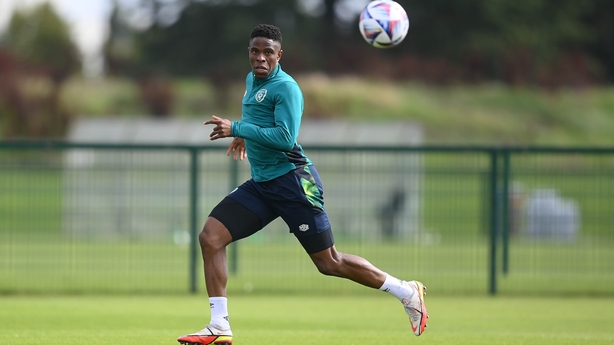 Ogbene made an immediate impact with the Ireland team once handed his international debut against Hungary in June 2021; the forward would go on to score three goals in his first six appearances in green and has amassed ten caps over that 15-month period.

And while he has established himself in the squad, he is ever aware of the need to continually impress, taking nothing for granted and happy to fight for the jersey.

"When you come into international level, no one is guaranteed positions, you have to fight every day of your life to get a position in this team," said Ogbene.

"I see the kind of players we have here, I learn off them to take it back to my club, I try to work twice as hard to get a jersey, to even be in the squad first of all.

"I know what it takes but I am quite blessed, the coaches keep feeding information to me, to help me improve my game and that's what I will do."

Ogbene still harbours ambitions of playing club football at a higher level, and with Premier League aspirations driving him on, he takes heart knowing that he has proven his quality at international level, while learning from the top-tier players in the Ireland squad.

"It's the drive I have," said Ogbene. "I'm sure no player in this building wants to just stay where they are. Everyone is pushing for the next level like every other player is, so that's how I focus.

Looking ahead to the double-header to end the Nations League campaign, Ogbene’s focus completely returns to the team, stating that the plan is to finish in style with two wins against the Scots followed by Armenia next Tuesday.

"Six points," said Ogbene, when asked what he was hoping for over this international window. "We want to rectify the Armenia result because it was a frustrating away day [losing 1-0] and display what we displayed against Scotland in the Aviva, so hopefully we get the six points and leave the rest to the footballing gods.

"I'm excited to go there [Hampden], excited for the atmosphere. I think we'll bring a good crowd, But I think we just need to stay focused and not let that interfere with our performance.

"I think we're going to go there and try to impose ourselves, bring the game to a high intensity and see if we can get the result that we want." 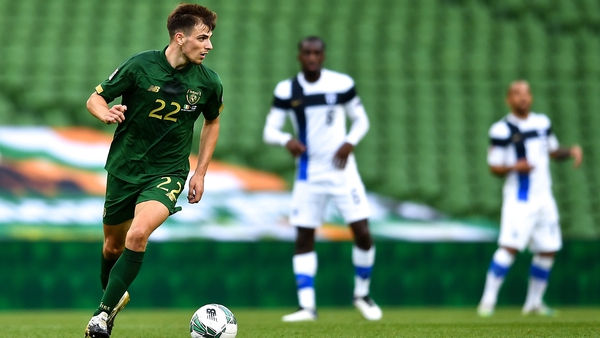 'It was horrible, I didn't feel I had played for my country' - Jayson Molumby