Waterford keeper Paul Martin played against his twin brother John for the first time ever on Friday - and though he admitted the occasion was "strange" for their parents, he was left elated at the end of a memorable night for the Blues.

Paul Martin helped the First Division side to a rollicking 3-2 win against Dundalk in the FAI Cup quarter-final at the RSC.

John Martin - formerly of Waterford - was part of the Lilywhites side but it was Paul who was left smiling at the final whistle.

"It's a weird one for our parents, up in the crowd not knowing who to shout for," Paul told RTÉ Sport.

"I thought he played well. I relished it to be fair.

"It was a mad one, a mad one altogether. It was a crazy finish but we're delighted to get over the line."

Goals from Shane Griffin, Darragh Power and Phoenix Patterson swung it for Waterford who are on the crest of a wave since new owner Andy Pilley took over in August.

"I thought we were brilliant," Martin went on. "I thought we controlled the game [after Dundalk's opening goal from Paul Doyle] and I think we deserved the lead at half-time.

"We completely deserved it in the end. We have got great quality in the side to fair."

Reflecting on the overall positivity within Waterford at the moment, Martin added: "We're on a great run now, we're full of confidence.

"It's only been positive here. Hopefully we can keep going and who knows how far it can take us." 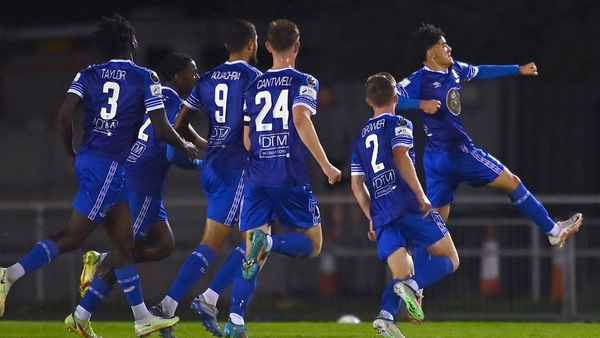 Brilliant Waterford dump Dundalk out of the FAI Cup