Liverpool have signed Brazil midfielder Arthur Melo from Juventus on a season-long loan, the Premier League club said on Thursday, one hour before the transfer deadline.

Juve said Liverpool have an option to buy Arthur for €37.5m. The 26-year-old has played 63 times for the Turin club since his move from Barcelona in 2020.

"We talked a lot and our ideas and visions were a good fit so I'm sure it was the right choice," Arthur said in a statement.

"Liverpool have a wonderful history in football. I've played against Liverpool, I know what it feels like to be in the stadium with the fans behind them.

"I was with the opposition and now I'm on the right side so I'm really excited. It's a massive club with a great manager, great players ... it's a dream to be here."

Arthur, who can play in different roles in central midfield and was once hailed as Xavi Hernandez's heir, was sold by Barcelona for €72m when they needed to meet their revenue target from player sales.

He arrives at Liverpool who are reeling from an injury crisis with midfielders Thiago Alcantara, Jordan Henderson, Naby Keita and Alex Oxlade-Chamberlain all sidelined.

Liverpool, who are in sixth place with eight points from five games, visit Merseyside rivals Everton on Saturday.

Former Arsenal captain Pierre-Emerick Aubameyang is back in London after completing his switch to Chelsea.

Aubameyang only left the Emirates Stadium for Barcelona in February after his contract was terminated following a falling-out with manager Mikel Arteta.

He scored 11 goals in 17 LaLiga appearances for Barca but, with their financial issues meaning they needed to ship players out, he was available should another club come in for him.

Arsenal's London rivals Chelsea were that club and the 33-year-old Gabon forward has been reunited with Blues boss Thomas Tuchel, his manager at Borussia Dortmund.

Aubameyang has agreed a two-year contract at Stamford Bridge to become the Blues’ sixth senior signing of the transfer window.

Aubameyang said: 'I’m really happy. It’s an honour to be part of this team and I can’t wait to start. I have some unfinished business with the Premier League so it’s good to be back and really exciting."

The fee is reported to be around €14m whilst Spanish left-back Marcos Alonso will head in the other direction.Alonso will sign a three-year-deal at the Catalan giants.

Celtic have announced the signing of Danish midfielder Oliver Abildgaard on a season-long deal, subject to international clearance.

The 26-year-old, who has played in the Russian Premier League with Rubin Kazan and with Aalborg in the Danish Superliga, has also been capped by Denmark.

Manchester United have announced the signing of of Antony from Ajax on a contract until 2027 with the option of an additional year.

A deal was already in place for United to sign the 22-year-old for a fixed fee of £80.6million (€93.1m), with a further £4.2m in add-ons, to become the fourth most expensive signing in Premier League history.

"This is an incredible moment in my career to be joining one of the most iconic clubs in the world," he said on United's official website.

United have also completed the loan signing of Martin Dubravka on a season-long loan deal from Newcastle United with the club having the option to make the transfer permanent. He will provide back-up for David De Gea.

Speaking to the club's official website, Dubravka said: "To be joining Manchester United is a special moment in my career and I can't wait to get started, and help the group achieve its ambitions.

"I am joining an excellent group of goalkeepers with lots of experience in the Premier League, and I know that we will push and support each other to keep our standards at the highest levels. The chance to work with David De Gea, alongside Tom Heaton, is one that I am relishing."

The 27-year-old adds defensive depth for Pep Guardiola after recent injuries to Aymeric Laporte and Nathan Ake left Ruben Dias and John Stones as the only fit senior centre-halves.

Akanji, who will take the number 25 shirt vacated by Fernandinho this summer, said: "I am delighted to be here, and can't wait to get started.

"City have been one of the best teams in Europe over the last few seasons. They are brilliant to watch, play an exciting brand of football and compete for trophies year in, year out, so coming here feels like the perfect next step in my career.

"I am really looking forward to testing myself in the Premier League and I will do everything I can to help this club be successful."

Another deal that has been confirmed this morning is that Oriol Romeu has ended a seven-year stay at Southampton after completing a move to Girona.

The 30-year-old midfielder made 256 appearances for Saints after joining from Chelsea and has now returned to his native Spain.

Southampton could have a busy day as they close in on Ainsley Maitland-Niles, Samuel Edozie and Juan Larios, but they will reportedly face competition from Leeds for PSV winger Cody Gakpo.

Leicester City have replaced Fofana with Belgian defender Wout Faes in their first outfield signing of the summer.

He has joined Brendan Rodgers' side on a five-year-deal from French side Stade de Reims.

The 24-year-old made his debut for the national team in June of this year and is highly rated, picking up the club's player of the year award for last season.

He will join fellow international team-mates at the club, Youri Tielemans and Timothy Castagne.

Nottingham Forest have made yet another signing. Willy Boly has become Steve Cooper's 19th signing of an incredibly busy summer.

Boly has joined on a two-year-deal after a five-year stint at Wolves.

The defender has been capped 13 times by Côte d'Ivoire having made his debut against Madagascar in an Africa Cup of Nations qualifier in November, 2020.

The Reds have made yet another signing in Josh Bowler from Blackpool, but have immediately loaned him out to Greek side Olympiacos, who are also owned by Evangelos Marinakis.

Idrissa Gana Gueye is back at Everton after signing a two-year deal to return to Goodison Park from Paris St Germain.

The 32-year-old played for the Toffees from 2016 to 2019 before moving to the French capital, where he won two league titles and four domestic cups, as well as a runners-up medal in the 2020 Champions League final.

The Senegal international, who made 108 appearances for Everton during his previous spell, is Everton's seventh signing of the summer after moves for James Tarkowski, Ruben Vinagre, Conor Coady, Amadou Onana, Dwight McNeil, and Neal Maupay.

The left-back boosts the options of Marco Silva, who has guided the Cottagers to two wins out of five in the Premier League this season.

Kurzawa said: "I feel very, very happy to be here. It's a family here, everyone is very cool. I’ve watched every Fulham game this season and I can’t wait to play with this team."

The Cottagers have shipped out back-up 'keeper Paulo Gazzaniga to La Liga side Girona.

Bournemouth have completed the loan signing of Jack Stephens from fellow south coast side Southampton.

Centre-back Stephens has joined the Cherries on a season-long deal after falling down the pecking order at Saints. 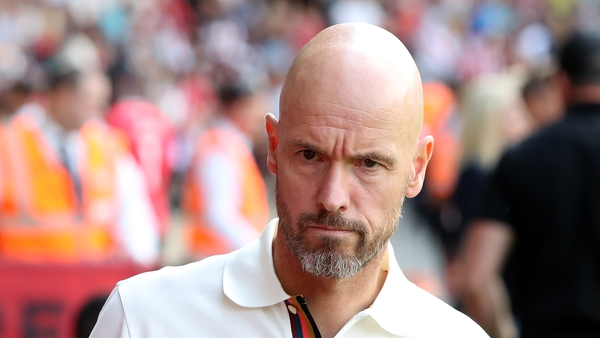