So close and yet so far away for St Patrick's Athletic.

They came, they believed, they had their chances, but the players woke up this morning exactly where most people expected them to be; out of Europe.

It's a harsh lesson for the Saints, but it doesn't tell half the story of this tie for the Inchicore club. They beat CSKA Sofia over there and pushed them all the way again last night at Tallaght Stadium, before ultimately succumbing following a controversial late penalty decision.

Tim Clancy: Bigger club got more of the decisions

They won't have much time to dwell on the disappointment of an exit which cost the club the chance to earn an additional €750,000 - mammoth money in the League of Ireland - as they face fellow Conference League third round qualifiers Sligo Rovers on Sunday.

But the taste of the big European night, with nearly 7,000 paying through the turnstiles in west Dublin, has given the players the hunger to push on and secure more European soccer next season.

"Mura were a good side, and getting through that gave us the belief that we could put it up to most teams in the competition," midfielder Jamie Lennon said after last night's defeat.

"So when we were drawn against CSKA we still had the belief in the squad that we could go over there and get a result.

"We're just disappointed we couldn't go all the way. Getting that little taste of it definitely gives lads that extra edge to go and try to finish as high as we can up the table and be here again next year.

"It's the first thing the gaffer said after the game that we want more nights like this. Everyone down there [in the dressing room] enjoyed the last couple of weeks and we want to be back here next year.

"We feel it tonight but when we wake up we'll be looking ahead to Sunday because it's massive." 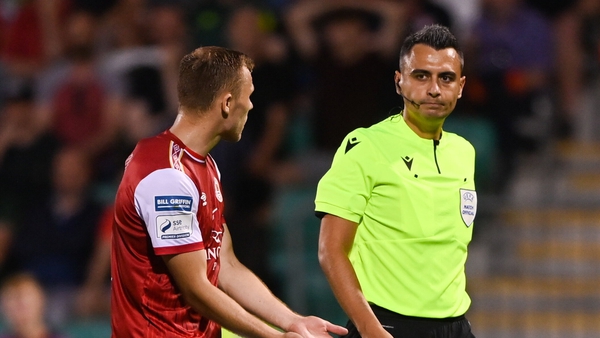 Tim Clancy: Bigger club got more of the decisions