Former Sligo Rovers keeper Ed McGinty said he had to come through one of his "worst halves of football" before emerging as Oxford United's hero in their Carabao Cup win against Swansea City on Tuesday night.

The 22-year-old joined Oxford for an undisclosed fee last month on a three-year-deal with an option for a further year.

In one of his last acts as a Sligo player, McGinty kept out two spot-kicks to help the Bit O'Red beat Bala Town in a Europa Conference League qualifier. He was at it again for his new club – but it wasn't all plain sailing in his debut appearance.

"I think I tried too hard because it was my debut and it was one of the worst halves of football I remember playing," he told the Oxford United website.

"But these things happen and you just have to get through it. I should have done better for both their goals but there's no point sulking, I knew I just had to get better in the second half."

Swans were 2-0 up at the break thanks to goals from Jay Fulton – a free-kick which was awarded after McGinty handled outside the box – and Liam Cullen.

However, Alex Rodriguez's goal and an injury-time Cameron Brannagan effort hauled Oxford back into it before McGinty produced some shootout heroics.

He turned Matty Sorinola's attempt onto the crossbar, with Brannagan then stepping up and hammering in the winning peno.

"The gaffer (Karl Robinson) had words with me and that was the right thing to do. He was looking for a reaction. He could have taken it easy on me but I don't need that.

"I am always honest about my own performance and I needed the gaffer to be honest with me as well. That made me feel better and I went out there determined to do well in the second half.

"When it went to penalties I definitely knew I was going to save at least one. I managed to do that and then Cameron delivered, as he always does." 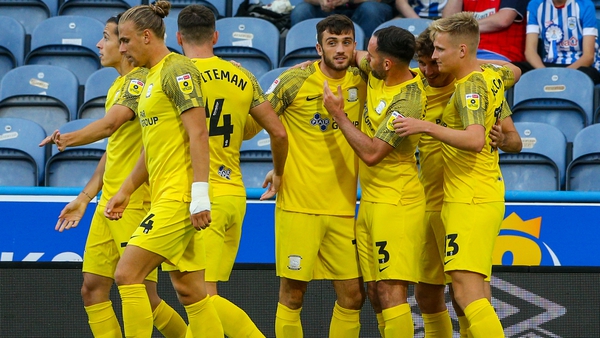 Irish on target in Carabao Cup