Shay Given says Ireland fans are right to dream of what Troy Parrott and Michael Obafemi can achieve as an international partnership after a devastating performance against Scotland.

The Boys in Green got their Nations League campaign back on track with an emphatic 3-0 home win, with both strikers on the scoresheet in an impressive showing from Stephen Kenny's side.

The Swansea striker marked his first international start and just fourth cap with an outstanding assist for Parrott in the first half, before the favour was returned after the break when Obafemi swivelled and smashed an incredible shot straight through the Scottish keeper Craig Gordon from about 25 yards, the ball swerving dramatically before crashing into the back of the net.

Parrott entered the international arena with huge expectations and his all-round display today was proof that, on his day, he has much to offer.

Speaking after the game, former Irish goalkeeper Given waxed lyrical about the pair.

"It’s quite refreshing because before the game, and leading up to it, it was 'we’re struggling to score goals’," he said.

"Troy Parrott is 20. Michael Obafemi is 21. We’re looking for shoots of something to grab hold of and these two lads could be the future. They could be the next 10 years.

"If they can build up a relationship and play like they did today. Why not? Why can’t we dream about that?" 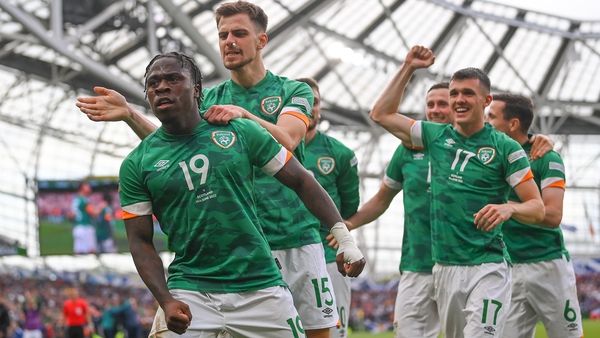