By David Sneyd at Tallaght Stadium

Shamrock Rovers were clinical when it mattered most to edge past St Patrick's Athletic and move to within three points of league leaders Derry City.

Rory Gaffney scored the only goal of the game in the 51st minute, finishing off a move that was ruthless in its simplicity with a tidy cushioned header inside the six-yard box.

This was a night the champions had to be efficient rather than spectacular to send most of the 7,424 crowd at Tallaght Stadium home happy.

The travelling St Pat’s support now haven’t seen their side win in four games – picking up just two points – and when Gaffney peeled off the shoulder of centre back Joe Redmond to meet Danny Mandroiu’s pin-point cross, they looked shorn of ideas to force an equaliser.

Rovers were value for the victory, delivering the only moment of quality in the final third and making it count.

For the opening half an hour it seemed as if both sides were content to ease into the Easter double header of fixtures.

Both will be back in action on Monday and there was no rushing either set of players.

Build up play was lethargic and so was the movement. A fierce Jason McClelland shot from distance whizzed over the Rovers bar in the 28th minute and that stirred the senses.

Three minutes later and Pat's should have been in the lead. A sharp counter attacking move started with Darragh Burns nutmegging Sean Kavanagh on the run as he weaved into the Rovers half.

And it ended with Eoin Doyle slicing what looked like a tap in at the back post well wide after Billy King’s shot from the left had been parried into his path.

Suddenly, the space which had always been there was being utilised by more incisive forward play. Rovers had a serious shout for a penalty turned down by referee Paul McLoughlin in the 35th minute.

Jack Byrne was central to the move, spinning on the half turn from Lee Grace’s pass and pinging an outside of the boot through ball into the path of Mandroiu.

He looked to beat James Abankwah for pace, driving into the box and then being sent to the floor by the Udinese-bound defender. 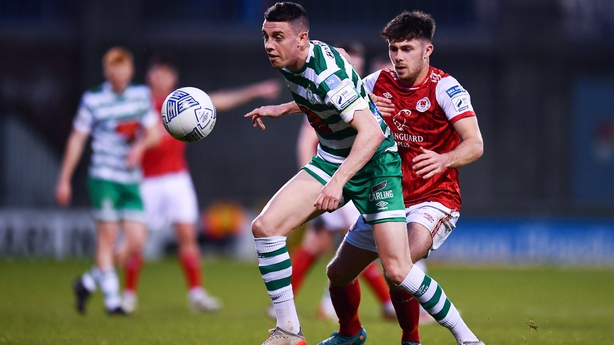 There were appeals for a spot kick throughout the sold-out Tallaght Stadium – except for the vociferous travelling support – but McLoughlin waved them away.

Abankwah was again involved in an incident which ended with a Rovers player ending up on the deck on the stroke of half-time, and this time there was no mistake about the infringement, comically flinging Gary O’Neill to the ground after the midfielder had grabbed him by the neck.

It was he who ended up on his backside, though, and the young defender who was shown a yellow.

The temperature was beginning to rise and the interval didn’t quell it, Rovers coming out of the blocks quickly to take the lead in the 51st minute.

Mandroiu’s delivery was superb after running off the shoulder of McClelland to latch onto Byrne’s through ball and then swivelling to cross, giving Gaffney the easiest of chances to net his second goal of the season.

The response from both sides was rather muted.

Byrne forced Anang into a save with a long-range shot on the hour and from the resulting corner Mandroiu glanced a tame header wide.

Pat’s laboured, and with Rovers comfortable in their lead, the same kind of spaces that were there in the first half and could be exploited on the counter were shorn up.

Pat’s boss Tim Clancy made a triple substitution with a quarter of an hour to go, bringing on forwards Tunde Owolabi and Ronan Coughlan with winger Mark Doyle introduced.

Regardless of having three up top, they still couldn’t muster a chance of note to try and salvage a point as Rovers showed their superiority to control the tempo and, crucially, take all three points. 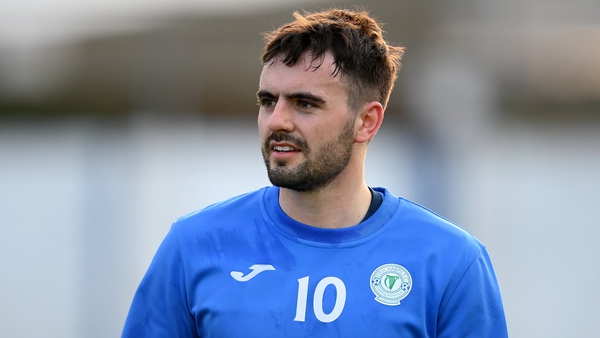 Nine-men Finn Harps battle to take a point off Bohs