While Keith Long is taking the responsibility for Bohemians' struggles over recent weeks, former Shamrocks Rovers, Sheffield Wednesday and UCD midfielder Paul Corry believes the current manager remains the perfect person to get the club back on the right track.

Bohs' 2-1 home defeat to SSE Airtricity League Premier Division leaders Derry City - a game in which they started well but ended up being stung by a stoppage time goal - saw their run without a victory stretch to five.

The Dalymount Park club have only picked up one win this season after a winter in which they endured significant outgoings with the spine of their team departing including Ireland Under-21 international Ross Tierney, top scorer Georgie Kelly, Andy Lyons, Keith Ward and Rob Cornwall among others.

That left Long and his staff with a rebuilding job and speaking to RTÉ Sport after last Friday's loss, the manager said, "It's too easy for us to concede goals at this moment in time. That’s obviously a collective responsibility but ultimately it’s mine, as manager. I select the team, I recruit the players."

But Corry believes Long, who has been in charge since 2014, is best placed to get Bohs going again.

"Some of the things that you might see going around social media about Keith Long and his job being under pressure is just absolutely ridiculous," he told the RTÉ Soccer Podcast.

"When you take that number of players out of a squad, it's very difficult to continue to rebuild and Keith Long has shown over the last three to five years that he is capable of doing that job.

"So he's absolutely the right man to get them going again.

"I think the game on Friday night was best summed up by the goal that they scored. They're having to work so hard to score a goal. The move was brilliant, the way they worked it through midfield and there was a lovely third man run and it was finished off really well.

"And then you look at the two goals that they've conceded and it's a bit of a soft ball into the box, nobody is commanding and they're coughing up goals.

"When you take Georgie Kelly out of the side, there's a massive gap there as well. I think they've only scored more than one goal on one occasion this season and they've only kept one clean sheet. 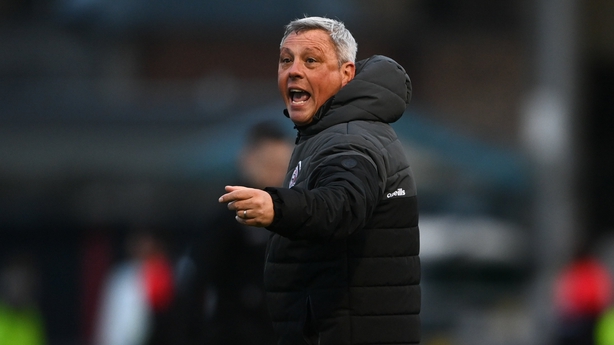 "So you don't have to go very far to actually look at the areas that they need to improve. It's in both boxes.

"I've no doubt they'll get it right. It's a lot of new players that they're blooding. It does just take really a grafter or maybe a not-so-sexy three points to just kickstart things for them and once they do, I've no doubt that they'll start picking up points and moving up the table. Where they'll end up is hard to know because you can't really see them challenging the likes of Derry or Shamrock Rovers at this moment in time but Keith Long is absolutely the man to turn that one around."

They play Sligo Rovers in a rearranged match on Tuesday which will be followed by games against Drogheda United (A), Finn Harps (H) and Shelbourne (A) before they face champions Shamrock Rovers in the next Dublin derby on 22 April.

"Win by hook or by crook at this stage really," he said, adding that he feels for Long in the circumstances of being mired in a rebuilding phase.

"What's Keith to do here when he keeps losing that amount of players every season." 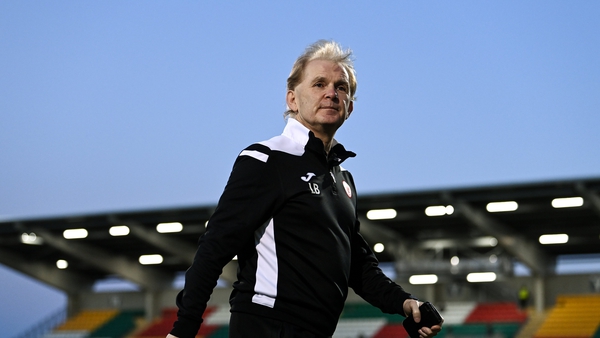