England have been confirmed in the top pot of seeds for Friday's World Cup draw in Doha.

That means Gareth Southgate's men will be in pot one alongside Brazil, Belgium, France, Argentina, Spain, Portugal and hosts Qatar.

Holland, Germany and England's World Cup semi-final conquerors Croatia are among the difficult opponents lying in wait in pot two.

Wales are ranked 18th in the new table but will be among the lowest seeds in pot four. They must face the winner of the semi-final play-off between Scotland and Ukraine in June for a place in the finals, with all three sides entered into Friday's draw as one placeholder.

The bottom pot also contains two other placeholders, covering the Asian v South American play-off and one between Costa Rica, the fourth-placed side in the North American, Central American and Caribbean section, and the winners of the Oceania section New Zealand.

Each team in pot one will be assigned to Groups B to H, with Qatar automatically going into Group A. They will then be assigned a number in that group to determine the order of the fixtures. Qatar will be designated as A1, and feature in the opening match on 21 November.

The match schedule will be confirmed after the draw, to allow for the selection of optimal kick-off times for television and live audiences. 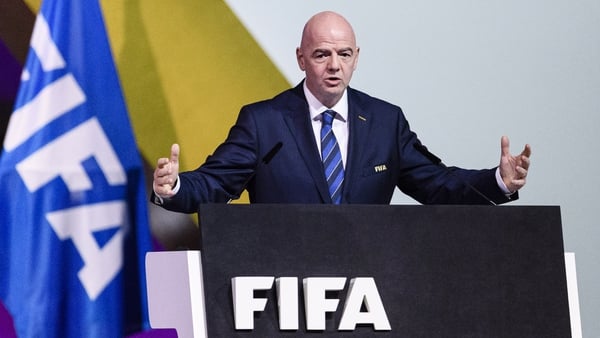