Dundalk's unbeaten start to the season continued as they held Shamrock Rovers to a stalemate at Oriel Park.

The 0-0 scoreline doesn’t do justice to what was an entertaining encounter with both goalkeepers making big saves and other big chances being passed up.

Stephen O’Donnell’s side had the pick of the first-half chances and could have won it at the death when Patrick Hoban blazed over with the goal at his mercy.

The Hoops too had their chances with Richie Towell hitting the crossbar early in the second half before substitute Aaron Greene was denied by a stunning Gordon Banks-esque save from Nathan Shepperd.

The result means Dundalk remain undefeated with five draws and one win from their opening half dozen matches.

It’s a first draw of the campaign for Stephen Bradley’s side, with the champions dropping to fourth in the table with this result. 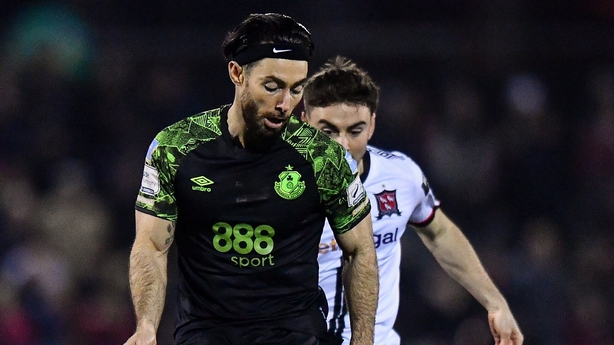 Rovers started the brighter with Barry Cotter heading wide from a Jack Byrne corner in the sixth minute but the home side quickly grew into it and began to boss the chances.

Indeed, they were unlucky not to be ahead on seven minutes when Leon Pohls - in for the absent Alan Mannus for just his third Premier Division start for the Hoops - made a mess of dealing with Dan Williams cross.

Williams would test Pohls again soon after before Benson headed over from a Hoban cross.

Rovers almost took the lead against the run of play on 25 minutes when former Lilywhites Sean Hoare and Richie Towell combined.

The defender's ball out of defence played Towell in behind Andy Boyle but his effort was brilliantly tipped over by Shepperd.

Dundalk then began to turn the screw with a series of corners just after the half hour mark and they had two big chances to break the deadlock within a minute of each other.

The first saw Pohls dive low to his right to keep out Hoban’s header on 31 minutes before Mark Connolly got on the end of another Benson delivery moments later only to see it hooked off the line by Graham Burke.

Rovers did have a couple of attempts late in the half but Lee Grace saw his shot from 10 yards deflect wide while Hoare couldn’t direct his header on target from Byrne’s free kick.

Williams then flashed a shot just over for Dundalk within a minute of the restart.Rovers then had a big chance to break the deadlock on 51 minutes when Burke’s ball from his own half played Danny Mandroiu in behind but he was denied by the feet of Shepperd. 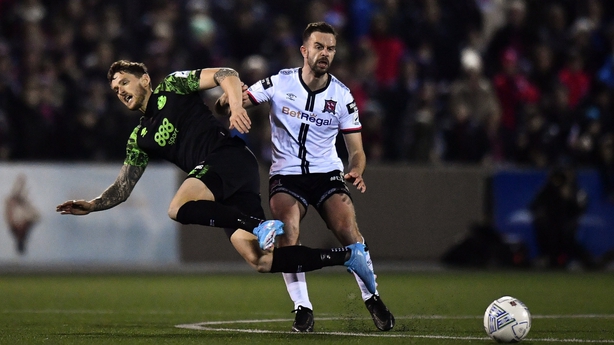 Towell then rattled the underside of the crossbar six minutes later after being slipped in by Jack Byrne.

Joe Adams then fired wide after turning Roberto Lopes on the edge of the box beforeBurke had a couple of efforts - one straight at Shepperd and the other over from a free kick.

The Welsh U21 goalkeeper then made a stunning save to deny Rovers the lead on 70 minutes when he dove to his right to claw away substitute Greene’s downward header from Cotter’s cross.

Pohls then made a stop almost as good to deny Hoban after Rovers failed to clear a cross from John Martin three minutes later.

Hoban had a guilt-edged chance to win it in stoppage time when Greg Sloggett broke to the endline but he blazed over from 10 yards out. 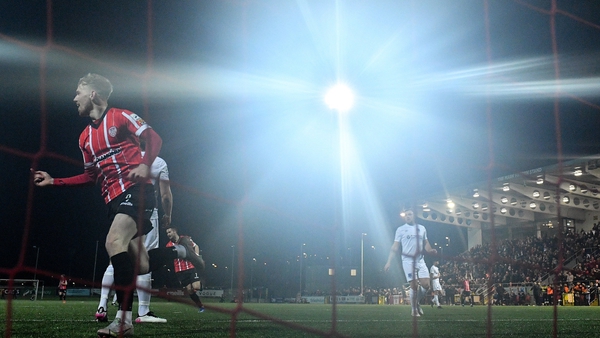