Striker Jamie McGonigle helped himself to a brace in Derry City's comfortable 2-0 win over Drogheda United.

However the main talking point after the game was injury to winger Michael Duffy, who had to be carried off after just 10 minutes of his big return game for the Brandywell men.

Having replaced Brandon Kavanagh just after the hour mark, the winger had to be substituted himself on 74 minutes following a heavy challenge by Keith Cowan and the injury will be a concern for boss Ruaidhri Higgins.

Derry broke the deadlock on four minutes with that man McGonigle making no mistake, firing home with his left foot from inside the box after Shane McEleney's clever pass out of defence fell perfectly for him inside the box.

The home side went close to doubling their lead on 23 minutes as Will Patching’s 20 yard drive was gathered at the second attempt by goalkeeper Sam Long. 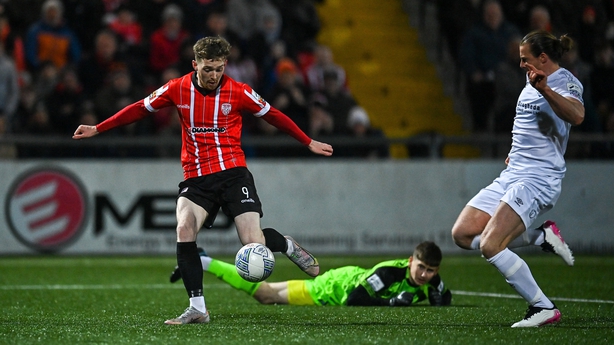 With their tails up the Brandywell men went close to adding a second moments later as McGonigle’s cut-back from the right found Danny Lafferty, but his side footed strike from just inside the box was well saved by a diving Long.

Just before the break a superb 40-yard pass by McEleney found the run of McGonigle in behind, but his first-time volley whistled just wide.

Drogheda suffered an injury set-back just before the hour mark as substitute Mark Hughes had to be replaced by James Clarke, after the striker limped off following a heavy challenge with Joe Thomson.

Derry doubled their advantage on 64 minutes as a defence splitting pass over the top by Cameron Dummigan released McGonigle, who rounded the out-rushing Long, before turning the ball into the unguarded net.

After coming on minutes before McGonigle’s second goal, Duffy had to be carried off following a challenge by Cowan and was replaced by James Akintunde.

McGonigle on a few occasions in the closing stages had half chances to complete his hat-trick, but some good defending by the visitors meant he had to settle for a double. 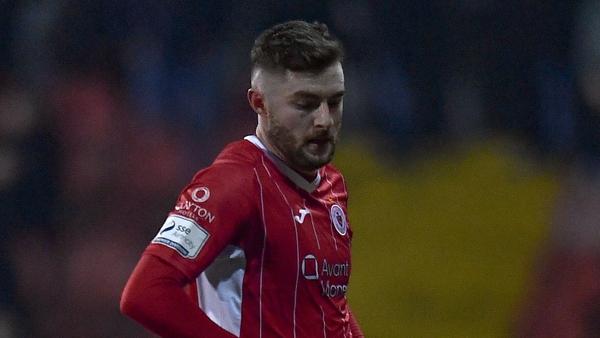