Ange Postecoglou hailed Giorgos Giakoumakis' fortitude after his hat-trick in Celtic's hard-fought 3-2 win over Dundee on Sunday confirmed a turnaround in fortunes at Parkhead.

The 27-year-old Greece forward had a slow start to his Hoops career following his £2.5millon move from VVV Venlo last August, mainly due to injury, and his stoppage-time penalty miss in the goalless draw against Livingston in October, which cost Celtic the chance to climb over Rangers to the top of the cinch Premiership, did nothing to placate doubting Hoops fans.

However, Giakoumakis has fully recovered from a knee injury and has been on an upward trajectory since the turn of the year and - after shrugging off an early missed chance against bottom side Dundee - he struck three times to take the Hoops three points clear of their Old Firm rivals at the top of the league.

An impressed Postecoglou said: "I think most good strikers need a strong mentality.

"Even the best strikers in the world are going to miss chances, how you respond to it is really important. He responded in a positive way.

"He didn't have a great introduction to life here, he missed a penalty in the last minute.

"It would have been very easy for him to cower after that but he has risen to the challenge and done a good job for us.

"He was been going well for us, he hasn't got the rewards of goals, he has been a bit unlucky.

"It is why I brought him to the club. The way a lot of oppositions set up against us, a lot of bodies in the box, you need presence in there. It's not as if we have a lot of space to run into.

"I know that's where his strengths lie and it is just a matter of him gaining a little bit of confidence which he has. I think he has been really good for us the last few weeks.

"For all strikers, goals are important and on Sunday he was hugely important for us as I said with so many bodies in the box he was able to find the space to score the goals."

Giakoumakis, who took his tally to seven for the season against the Taysiders, admitted the penalty miss against Livi was a testing time for him.

He said: "To be honest, it was difficult. But from these difficulties you grow up.

"You become stronger mentally and it was something, in the end, that really helped me a lot.

"They (team-mates) helped me a lot. Even after the game, they all came to me and said it was fine and we would recover the points.

"To be honest, we are not kids. We have to make our mentality stronger ourselves.

"I owe a lot of things to my family. They are my strength and they deserve every success I have and every happiness." 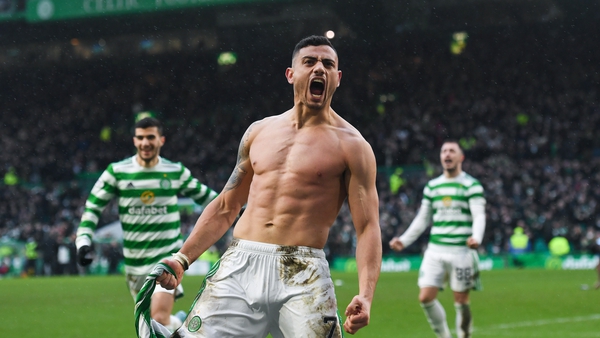