Norwich City have confirmed that Republic of Ireland striker Adam Idah will miss the rest of the season due to a knee injury picked up against Manchester City last weekend.

Since the game, Idah has undergone a meniscus operation after seeing a specialist and will sit out the rest of the 2021-22 campaign, Norwich manager Dean Smith admitting the news was "a real blow" to his team.

Idah had begun to establish himself as a regular starter at the club, grabbing his first Premier League goal in the 2-1 win over Everton in January and also impressing in the subsequent 3-0 win over Watford.

The news also comes as a major blow to Stephen Kenny, with Idah naturally unavailable for Ireland's upcoming friendlies against Belgium and Lithuania in late March.

His participation in the glut of Nations League games in June - four games against Ukraine (twice), Scotland and Armenia - will be in serious doubt. 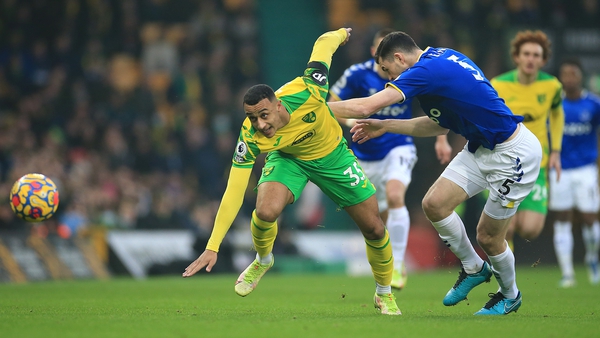 Adam Idah hoping goals will flow after opening his account