Adam Idah is hopeful that his first Premier League goal will be quickly followed by more as he looks to cement his place in the Norwich side.

Idah opened his Premier League account as his side claimed only their second win of the season with a 2-1 victory over Everton.

The Ireland international scored what proved to be the winner early in the first half when Brandon Williams played played him in and he managed to poke a shot past England goalkeeper Jordan Pickford.

Idah had further chances in the game and was impressive throughout, so much so that he was named man of the match.

Speaking afterwards, the 20-year admitted that it's a goal he’s been chasing for a while and now that it’s arrived he’s hoping that it’s the start of a bigger run.

"It's a great feeling for me, obviously to do it at home as well - it's my first (Premier League) start at Carrow Road. It's an amazing feeling, I've wanted it for a long time.

"I'm over the moon to score, but even more to get three points today.

"Brandon has been excellent all season. Today, we spoke before the game and he said he's going to give me an assist. So it worked out quite well.

"Every player wants to be playing week in, week out. It's probably very difficult for the gaffer to pick his team.

"I've been patient for the last two and a half years and the West Ham game was my opportunity and I'm glad I took that.

"It helped today. Hopefully I can keep this going now and stay in the team."

Manager Dean Smith paid tribute to Idah and he too believes that the young striker has plenty more to offer.

"He's one of them players who’s got an awful lot of potential," Smith said.

"We’ve got quite a few players like that at the club. They need the likes of Tim Krul, Teemu Pukki and Grant Hanley - the more experienced players - around them.

"I loved the will and the drive from all of them to keep the ball out of the back of the net today. That was so important for us." 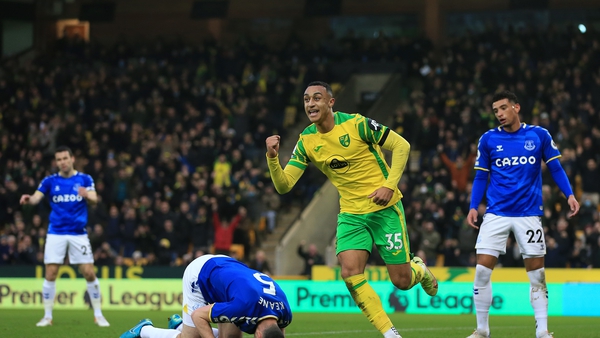