Caoimhin Kelleher says he's studying the ways and techniques of Liverpool No 1 Alisson Becker to help him stay on an upward curve for club and country.

The 23-year-old Corkman has established himself as the back-up to Becker, one of the world's finest goalkeepers.

He's featured 14 times for Reds since joining the club from Ringmahon Rangers in 2015 and recently impressed in the pulsating Premier League clash at Chelsea, as well the Carabao Cup quarter-final win over Leicester City, in which he excelled in the penalty shootout.

"It's a great environment to learn and improve in with such experienced coaches and goalies as well," Kelleher told BBC Radio 5 Live.

"We have Alisson, who is one of the best in the world, and Adrian as well, so two senior experienced pros who have really helped me and young lads coming up from the academy."

Although he's acquitted himself well whenever Jurgen Klopp has called him in, Kelleher is heading for a crossroads in his career.

With 29-year-old Alisson tied down to the Merseysiders long-term, Kelleher may need a move to enhance his hopes of earning the Ireland No 1 jersey, with Gavin Bazunu and Mark Travers providing high-quality competition.

He has however opened up on the benefits of training alongside Alisson, adding: "It's the best to train with him every day. To bring your standards and levels up by just watching him, the techniques he uses and how calm he is in all situations.

"His positioning is very good. He makes saves that other goalkeepers would make look difficult, but he makes them look very easy when it's actually a great save.

"His handling is very good, catching balls that other keepers would parry away. If I ever do need to speak to him about anything he would always help me." 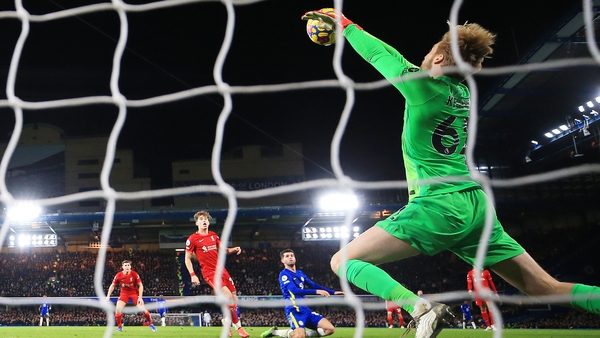