Antonio Conte says "the door is always open" for Christian Eriksen at Tottenham as the Dane steps up his unlikely comeback from a cardiac arrest.

Eriksen revealed this week that he "died for five minutes" when he collapsed during the Euro 2020 group match against Finland in June.

The 29-year-old received life-saving treatment on the pitch before being taken to hospital and was fitted with an implantable cardioverter defibrillator (ICD) device.

He left Inter Milan by mutual consent before Christmas after rules in Italy prevented him from playing with an ICD and he is now training with third-tier Swiss club FC Chiasso as he looks to build up his fitness.

The former Spurs man, who has targeted a place in Denmark's squad for the 2022 World Cup in Qatar, was signed by Conte at Inter in 2020 and, although the pair have not spoken recently, Conte says he would be welcome at Spurs.

"I didn’t speak recently with Christian. For sure, it was great, it was fine, to see him on a pitch, to see that he is kicking a ball," Conte said.

"We are talking about a really important player. But especially a top man.

"And now, to see him again ready to play football is great news. I think for Christian, the door is always open."

Eriksen, who played over 300 times for Spurs and was instrumental in their rise to the top table of English football, is upbeat about his chances of a return to the elite level.

In an interview with Danish broadcaster DR1 he said his heart was "not an obstacle".

"My goal is to play in the World Cup in Qatar," Eriksen said. "I want to play. That’s been my mindset all along.

"It’s a goal, a dream. Whether I’ll be picked is another thing. But it’s my dream to come back.

"I’m sure I can come back because I don’t feel… I don’t feel any different. Physically, I’m back in top shape.

"That’s been my goal and it’s still some time away, so until then I’m just going to play football and prove that I’m back at the same level.

"My dream is to rejoin the national team and play at Parken again and prove that it was a one-timer and that it won’t happen again.

"I want to prove I’ve moved on and that I can play on the national team again.

"Again, it’s up to the manager to assess my level. But my heart is not an obstacle." 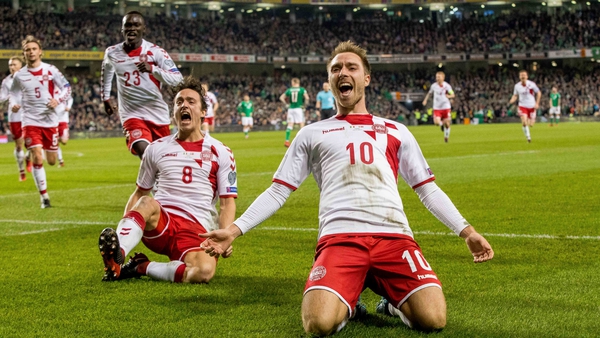 Christian Eriksen: My goal is to play at the World Cup