The Waterford native was without 11 of his players and a request to postpone the match was refused by the SPFL but the club rallied to hold Celtic to a goalless draw in Paisley.

Asked if St Mirren had considered forfeiting the game, the former Republic of Ireland international said: "Yeah, it was my recommendation to the board that we should just refuse to play.

"But I think the sanctions and ramifications for the club would have been difficult.

"We won a legal battle last year when they tried to take points off us.

"I felt we could have done the same again.

"It doesn't matter now what we could or should have done. It's an incredible result, up there with the best points St Mirren have had in the Premiership.

"I take no credit for that. Every player, to a man, deserves the credit.

"We trained once in six days, we didn't do shape.

"Some of the boys only really met each other a few hours before the game. I am so proud of them."

Celtic dominated the match but could not get the breakthrough and had to settle for a draw which leaves them six points behind leaders Rangers.

The Parkhead boss, who made six enforced changes to the side which won the Premier Sports Cup final against Hibernian on Sunday, said: "We should have won the game.

"We created enough chances and we dominated the whole game but we lacked some composure and quality in the final third to finish them off.

"It wasn't a night when everything went right for St Mirren because we did a lot wrong.

"It wasn't really good defending, it was our own cause that we didn't score.

"We had enough chances to win a couple of games. If you don't take them, that's what you get.

"It's not down to personnel. We had good chances for the guys out there to take them.

"We should have won and if we'd more composure and people had been stronger in their intent, we would have done."

The former Australia boss was asked about the decision taken earlier in the night that means the Premiership break will start after the St Stephen's Day fixtures.

The subsequent two rounds of fixtures have been postponed following restrictions on crowd numbers, which were announced by the Scottish Government on Tuesday.

The decision came after a meeting of the Scottish Professional Football League board.

He said: "I am very supportive of our club's stance. It makes sense to me to use the natural break.

"I have said all along that fans are an integral part of this game. 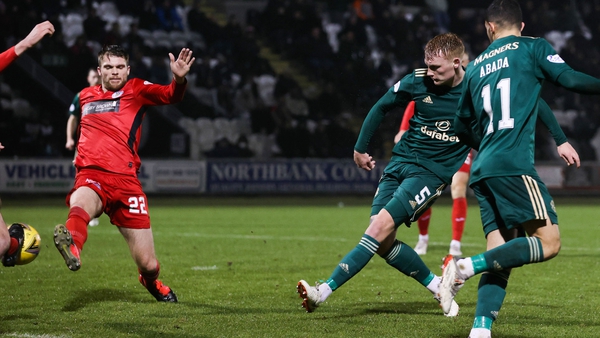