Daniel Kelly has become the latest player to commit his future to Dundalk FC.

The 25-year-old winger, who joined the club from Bohemians in the winter of 2018, has signed a new two-year deal at Oriel Park and is looking forward to a new campaign after seeing his season disrupted by injury.

"I'm delighted to get it done. It's an early Christmas present for me!" he told dundalkfc.com.

"Injury-wise, the last year wasn’t great for me but I’m feeling good and healthy and when January comes I’ll be raring to go."

New Lilywhites first-team manager Dave Mackey handed Kelly his League of Ireland debut with Bray Wanderers in 2018 and the Ringsend native said he was looking forward to working with his old mentor again.

"I don’t think people realise how much time and effort Dave put into my career," he said.

"He came to watch me when I was playing non-league for St Pat’s CY and he was the one who took a chance on me by signing me for Bray Wanderers.

"I didn’t know whether I had it in me to take the step up to the League of Ireland but Dave convinced me to give it a go and I haven’t looked back. I owe an awful lot to him."

Breslin two seasons at Dalymount Park, this after a spell in England where he was with Wolves. He returned to Ireland and signed for Longford Town for the 2019 season before joining Bohemians a year later.

Doyle will link up with his former manager Tim Clancy at Richmond Park.

The 23-year-old spent the last six seasons with Drogheda, and scored his 50th goal for the club on what turned out to be his last appearance for them on the final night of last season.

He scored 13 times in the Premier Division in 2021, making him the third top scorer in the league.

Doyle was named PFAI 1st Division Player of the Year in 2020, he scored 13 goals as Drogheda won the First Division title.

Twenty-one-year-old Redmond spent part of the 2020 season on loan with Cork City from Championship side Birmingham City.

Redmond had actually agreed to sign for Pat's U17s in the summer of 2016 from St Joseph's Boys, before the opportunity arose to sign for Birmingham

The Ireland underage international spent five years at St Andrew's and played for the club's U-18 side that reached the FA Youth Cup semi-finals three years ago.

He also captained their U-23s to the Professional Development League title earlier this year.

Pat's have also confirmed that Jason McClelland has signed a new contract with the club for next season.

The winger made over 100 appearances for UCD, winning a First Division title there in 2018 before signing for Pat's at the start of the 2020 campaign.

The 24-year-old was successful from the spot as the Inchicore club prevailed in a penalty shootout against Bohemians in last month's FAI Cup final. 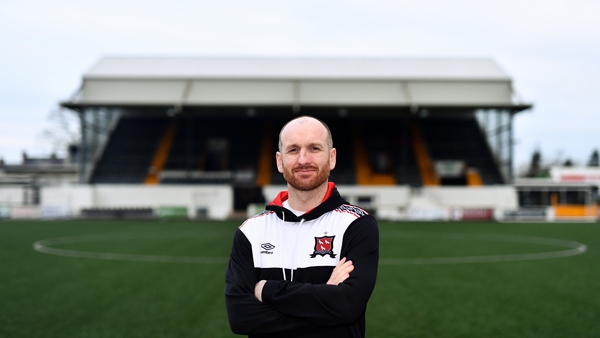 Dundalk boss O'Donnell: 'Everything I did was with absolute integrity'