The former United boss is expected to take over from current head coach Stephen O'Donnell, who is tipped to return to his former club Dundalk following the departure of Vinny Perth.

Clancy's hiring comes before the departure of O'Donnell, with the Inchicore club's statement describing him as 'an addition' to the management team, with no specific role as yet.

Hired by Drogheda in 2017, the 37-year-old oversaw promotion to the Premier Division in 2020 and maintained their top flight status this season.

"I am delighted to join the management team at a massive club like St Patrick's Athletic and looking forward to helping the Club to achieve its great ambitions," said Clancy.

"It was a difficult decision to leave Drogheda United and I am eternally grateful to them for giving me my first opportunity in management." 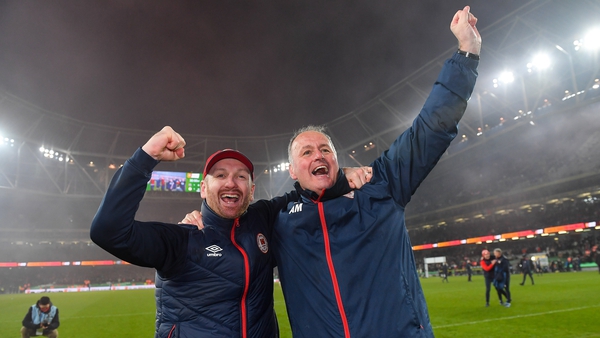