Liverpool manager Jurgen Klopp admits it may be difficult for Virgil Van Dijk to forget what happened to him on his last visit to Goodison Park for a Merseyside derby.

Just over 13 months ago the Holland captain lasted just 11 minutes before a challenge that went unpunished by Everton goalkeeper Jordan Pickford ruptured the anterior cruciate ligament in his right knee and prematurely ended his season in mid-October.

The Dutchman returned to full fitness in time to start this season and while he may not be back to his imperious best Klopp does not feel that form is too far away.

But as the centre-back prepares to re-enter the white-hot atmosphere of a derby on enemy territory again Klopp accepts it is only natural for the player to have some flashbacks.

"We are human beings so it is probably difficult to forget and ignore something like that of course, but the situation was a situation that can always happen in football," said the Liverpool manager.

"It is a situation which should not happen in football. It doesn't happen very often, I can't remember since then it happening in one game.

"It is unlucky when a player gets injured like that. It should have been dealt with differently but that's not important any more.

"But Virgil is very experienced and he has now these kind of situations constantly since he was back where he has always dealt with all these kind of things, where he has to be completely free of all things he could have in his mind because of one issue in the past.

"So yeah, it might be more different because it is the same place but apart from that it is just a football game."

The focus is all on the other side of Stanley Park where former Liverpool boss Rafael Benitez heads into his first derby as Everton manager on the back of seven matches without a win.

Klopp, however, is keen to portray the game as just another fixture.

"There are special things around derbies but first and foremost it is a football game," he added.

"We know what our supporters want and we try to fulfil their dreams and wishes."Derby games are more in focus but from our point it is a football game which we have to approach like a normal one.

"There are three points at stake and we will try to get them. It is nothing to do with the special situation of their coach.

"The other thing (on unhappy fans) is nothing new in football.

"I watched the Brentford v Everton game but switched off at the final whistle so not exactly sure what happened but these things happen when you don't exactly have the right results."

Their fractious 2-2 draw in October 2020 saw Klopp also lose midfielder Thiago Alcantara to a knee injury for almost three months after Richarlison was red-carded for an over-the-top-challenge.

Asked about the need to keep a cool head he added: "It was long ago.

"It is always important in football. We play football. We are still an emotional team but you have to use the emotion in the right way and that's the plan."

"With Newcastle, Chelsea - even with Valencia in the past - I've played against Liverpool. Now it's Everton and this time it is different," he said.

"It will be an opportunity for us to change things. It's a massive game for us.

"We have a bad time now and we need to start winning but the derby is always an opportunity to put things right.

"A derby is always special in every country but I live in the city so the passion is massive and really important for everyone.

"That's why I want to win and do well because for us as a club, it's important to bring back the confidence and use an opportunity to change things for the rest of the season.

"If we get three points it could be a massive change in our season."

Fans voiced their displeasure after Sunday's defeat at Brentford and there is a real risk of the early-season fear being realised of Goodison Park turning against Benitez should things go badly against Liverpool.

However, the Everton manager has stressed the importance of getting behind the side.

"Obviously at the beginning we were really happy, now we are frustrated," he added.

"As a manager you want to win and do well. It's a challenge for me and I can understand the frustration from fans.

"It's been some years we are not improving at the level we deserve and that is why the fans are feeling as they are at the moment.

"I think the fans are intelligent and know we need them.

"You can complain when players are not playing well or tactics are not working but at the same time they cannot complain about the effort.

"It's a derby, I'm sure they will be behind the team." 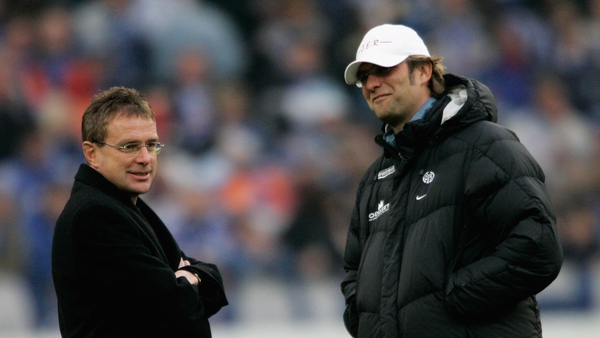