Klopp's fellow German is set to be installed as interim manager at Old Trafford until the end of the season following the sacking of Ole Gunnar Solskjaer.

Rangnick has had some influence on the Liverpool boss in terms of the pressing style which has been so successful for him and Klopp knows exactly what to expect.

"Unfortunately a good coach is coming to England, that's how it is, to Manchester United," he said.

"Ralf is obviously a really experienced manager. He built most famously two clubs from nowhere to proper threats and forces in Germany with Hoffenheim and Leipzig.

"United will be organised on the pitch, we should realise that - that's obviously not good news for other teams.

"But all coaches in the world, we need time to train with our teams and Ralf will pretty quickly realise he has no time to train as they play all the time, so that makes it a bit tricky for him.

"Apart from that, a really good man and an outstanding coach, if it happens, will come to England." 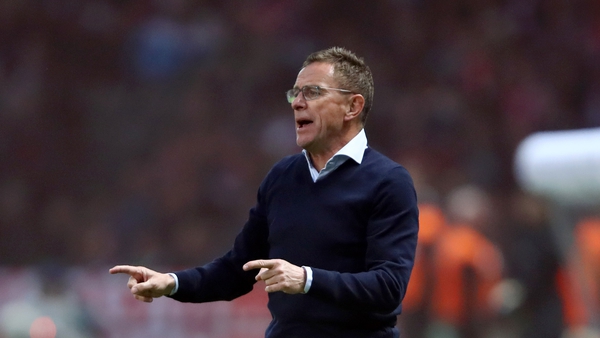