UCD beat Waterford 2-1 in last Friday's promotion/relegation play-off as a crazy week ended in disaster for the south-east cub.

Bircham's dismissal, which he claimed he first learned about on Twitter, left the team in turmoil days out from the crucial showdown.

Former Tottenham Hotspur defender Ian Hendon was drafted in to help the side prepare for the UCD match but he could not prevent them from slipping to a deserved defeat.

"It'll take a bit of time to get over this. There's too much off-the-field stuff really over the course of the season to sweep it under the carpet. You can't get away with stuff like that all year and pretend we're going to walk on to a football pitch and dominate a team that's full of confidence.

"We just ran out of games. Confidence dropped a little bit over the last few weeks because we were in winning positions and we didn't take the results. It's just very raw at the moment."

Murphy was a coup for the Blues when they brought him in from Cardiff City in February 2020. A highly experienced and reliable keeper, he had options but chose to join his hometown club.

Alan Reynolds was the man who signed him but in the chaotic 21 months that's followed, Waterford have burned through managers and ended up back in the First Division.

Murphy was exiled from the squad early in this campaign after a fallout with Kevin Sheedy and his assistant Mike Newell. Following their resignations in May, interim boss Mike Geoghegan brought the 38-yer-old stopper back into the fold, with Bircham taking the reins and improving the team's form and results.

They almost beat the drop but a late dip in form, and Bircham's shock departure, proved too much for Waterford to cope with.

"The better team probably won on the night," added Murphy.

"It's hard to take but we got what we deserved overall. [Bircham's exit] was very difficult. I've never seen it before, it happening the way it happened.

"There was a lot of anger on the players' side... there's a lot of younger lads in there, on the biggest week of their careers they needed the right guidance. It's still very raw, we just weren't good enough.

"I thought them days were behind us. At the start of the season, maybe the recruitment and the way the club was managed over the off-season it probably sounded like a good idea to bring what they brought in. It was probably just a shambles to be honest.

"I was made a scapegoat for a lot of it. You have to stand up for what you believe in." 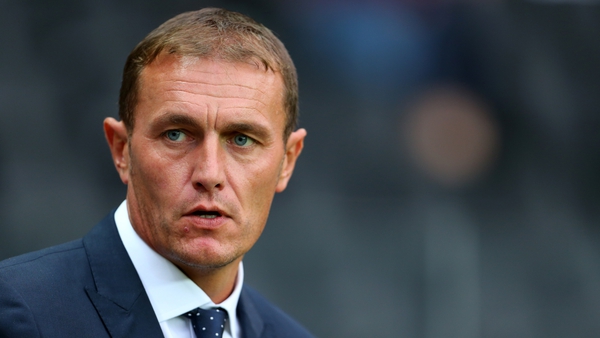