Former Tottenham Hotspur defender Ian Hendon has been added to the Waterford FC coaching staff in the wake of the upheaval which saw the club part ways with manager Marc Bircham on Monday.

Hendon, whose managerial experience includes Barnet, West Ham Under-23s and Leyton Orient, has been brought in as the club prepare for Friday's SSE Airtricity League promotion/relegation play-off against UCD when they will try to preserve their place in the Premier Division.

In a statement confirming the 49-year-old's arrival, Waterford said Hendon, who played for Spurs between 1989 and 1993 and earned England under-21 caps, "will support Dave Bell, the staff and players" in the build-up to Friday's fixture at Richmond Park.

It follows turmoil at the start of this week which saw Bircham take to Twitter on Monday morning to say that he had been handed a week-long suspension, following a text exchange with club owner Richard Forrest.

Shortly after, Waterford issued a brief statement saying: "Waterford FC have terminated the contract of Marc Bircham. The club will be making no further comment at this time."

Speaking on WLR subsequently, Bircham claimed that the statement from Waterford was the first he heard that he had been removed from his post.

He went on to claim that he has been forbidden from contacting his players by the club's owner.

Forrest then released a statement this evening saying that he felt he had no choice but to dismiss Bircham after being "given an ultimatum". 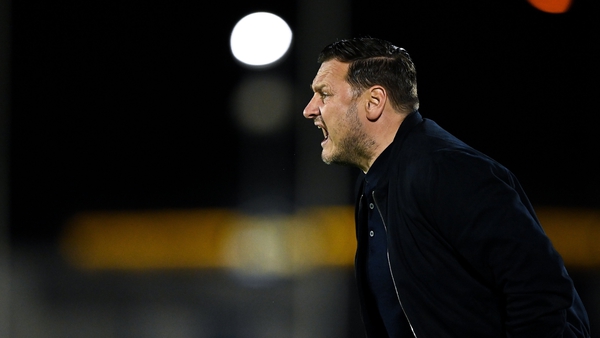 Turmoil at Waterford FC as Marc Bircham sacked before play-off