Ian Bermingham says St Pat's are braced for the threat his old team-mate Georgie Kelly will pose in Sunday's FAI Cup final - but he warned the Saints come loaded with their own attacking weapons.

Kelly has had a brilliant campaign with Bohs, scoring 26 goals in all competitions and turning the heads of managers in England and Scotland.

Indeed the decider this weekend could well be Kelly's last game for the Gypsies, though he has insisted he won't even think about a potential move until after the showdown with St Pat's.

Defender Bermingham knows Kelly well having played alongside the 25-year-old when he was at the Saints on a loan spell last season.

He'll be prepped for a battle with the powerful striker but was quick to point to the talents Pat's possess; players such as Chris Forrester, Darragh Burns and Robbie Benson, who has a plenty of Cup final experience from his Dundalk days.

"He's scored a serious amount of goals this year, he's had a great season.

"But look, we know the threat he poses and we have to be ready for him. He's a top, top player. We have some top players here that are going to be a threat for them as well so it's going to be an intriguing game.

"It's the biggest occasion of the year. It's pure excitement from our point of view. We trained this week and it's been really good. We're just really looking forward to Sunday now."

There's a real buzz around this showdown and Bohs chase their first FAI Cup since 2008 and Pat's look to lift the trophy for the first time in seven years.

Inchicore has been decked out with the bunting - testament, says Bermingham, to the swell of interest locally in the side.

"I think this team, this group of players that the manager has assembled, has kind of caught the imagination of the fans. You can see the support has come back to Richmond. We've made this a fortress this season. It's great to see them coming back and hopefully they can come out in their numbers on Sunday and cheer us on.

"Back in 2014 we won it after 53 years. I think that's the last time we were sort of relevant... it's been a long time coming. Hopefully now we're relevant again; we're in a Cup final and finished second in the league. Hopefully this is the start of something special for the club going forward."

There could be close to 40,000 supporters inside the Aviva Stadium, a venue Bohs are familiar with having played Europa Conference League games there in the summer.

"Bohs will bring good support," added Bermingham. "They're a really good team with some good players. It's going to be a cracker of a game I think.

"The atmosphere will be excellent, it'll be electric. I don't think there's been a Dublin derby in a Cup final in along time so it's going to be a great occasion. It's the showpiece of the season.

"I don't think [Bohs playing there in the summer is a factor] to be honest. We've a lot of players that have played in Cup finals. They played there in Europe but the stadium wasn't full. It's a Cup final, it's completely different. There's going to be 30-odd thousand there.

"We have lads who have played there and the younger boys will embrace it, I know they'll embrace it. We'll be ready for it." 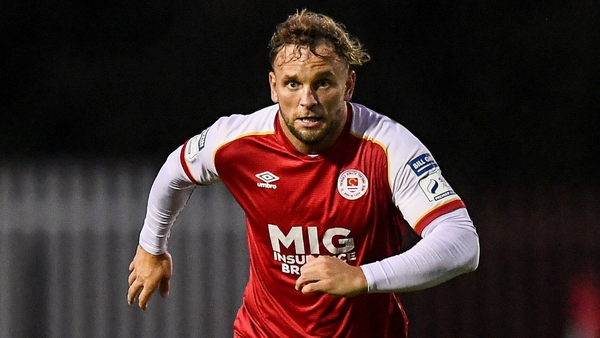