On Friday, Waterford FC will be aiming to maintain their SSE Airtricity League Premier Divisions status when they take on UCD in a play-off final.

UCD booked their place in the promotion/relegation decider at Richmond Park by overcoming Bray Wanderers and with it a chance to return to the top flight.

Waterford, meanwhile, were unable to secure safety against second-placed St Patrick's Athletic on the final day of Premier Division action last Friday as they finished second from bottom, which leaves manager Marc Bircham and the players facing a nervy night with survival on the line.

"Even if we won last week at Longford, which we should have, it would have been very difficult to get a win (against St Pat's) when we were at bare bones. A couple of the players that were playing were at 75% fit," Bircham told the RTÉ Soccer Podcast.

"Look, we've got a play-off game. We'd have bit your hand off for a play-off game when I first came in. Credit to the lads to get 42 points in this season and with such a small squad.

"We've worked with something like 15 players and we missed out a couple in the window in July, which if we did bring them in it would have made a big difference. But we're in the play-off final and we're really looking forward to it."

Bircham added that UCD will not be an unknown quantity having faced the Students in the FAI Cup in a 3-2 quarter-final win in September.

"We played UCD in the cup, we made four or five changes there when we played them so we know what they're about," said Bircham.

"We can go into (the play-off) really confident and treat it like a cup final.

"Knowing our luck, Covid will probably strike and it will be played behind closed doors - that's the way our season's gone - but if it doesn't, hopefully we can take a large following up there and make it like a home game." 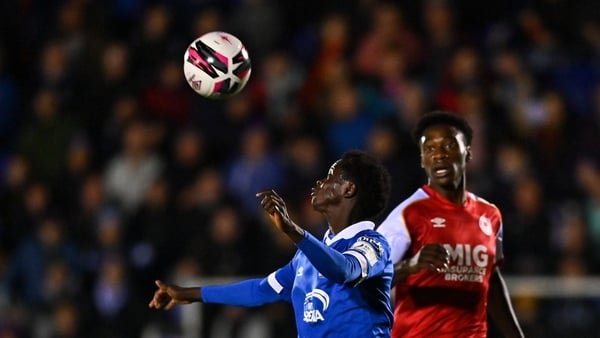 Waterford draw with St Pat's not enough to avoid play-off