FAI board member Packie Bonner says he has been encouraged by the progress made by Stephen Kenny’s Republic of Ireland Ireland side in recent matches but that a decision on a contract extension for the Ireland manager would not be made until after the board review the entire World Cup campaign.

A board meeting is expected to take place by the end of November.

"That decision will be made eventually and I think everybody knows that," said the former Ireland international goalkeeper who was appointed as an independent director in May.

"I'm glad to see the senior team do so well, glad for the older players on the senior team, their confidence is back. Shane Duffy was up with Celtic, he had a tough time. I sat down and talked to him about it."

Bonner, who was FAI technical director from 2003 to 2010, when he was made redundant, played down speculation he might want the new 'director of football' role that will replace the position of outgoing high performance director Ruud Dokter.

"I'm on the board, I'm quite happy with what I'm doing at this moment in time and want to continue that role," he said.

"The director of football will be a big position and an important position and whoever gets it will have a job to do going forward."

The Donegal man was speaking at the launch of a report which claimed that football is worth over €1.8 billion annually to Irish society.

The 2021 survey, which was commissioned by UEFA and undertaken by leading sports research company Substance, shows increases across all of the areas covered by the corresponding 2019 UEFA research and highlights the increased contribution to Irish society driven by Ireland's 221,500 registered players and 42,950 registered core volunteers across all levels of grassroots football under the FAI umbrella. 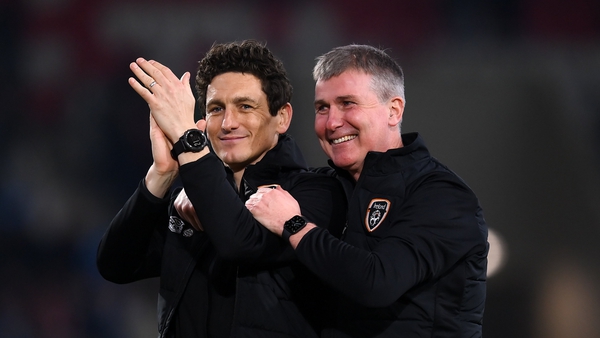