Wexford Youths boss Stephen Quinn believes his "mentor" Tom Elmes will prove a huge asset to the Republic of Ireland after being confirmed as Vera Pauw's new No 2 on Monday.

Elmes succeeds Eileen Gleeson, who has taken over as head coach at Glasgow City. He left Wexford Youths last June to manage the Ireland Women's U16s, having enjoyed a terrific spell with the WNL club that yielded a league title and two FAI Cups.

Quinn - who had been part of Elmes' back-room team - stepped up to the hot seat and has the chance to lift the cup himself this Sunday when Wexford Youths face Shelbourne in the Tallaght Stadium decider.

Reflecting on Elmes' appointment, Quinn said: "Tom would be a big mentor for me. Seeing him get it, it's just a massive step forward.

"He got the Under-16s job and has done excellent work there. His knowledge and outlook on football is just brilliant. I think it’s a massive appointment for the team and actually for the league as well because he knows it in and out.

"You can see the quality in the Women’s National League this year. The talent is there. It’s just about keeping that talent within the league. Tom knows all the players. He’ll be a massive asset to Vera."

What an end to a fantastic season!

Here's how things finish up on the #WNL table 👇

Wexford Youths were beaten 3-2 by Shels on a remarkable evening at Tolka Park last Saturday. Noel King's Reds snatched the title thanks to that win as Peamount United fell to a shock 5-2 loss at home to Galway United.

Wexford watched on as Shels basked in the glory of an unlikely triumph, respectful of the victors but hungrier than ever to get over the line themselves.

"When we saw Shelbourne winning the league and we looked back... Galway did a really job on Peamount beating them 5-2," said Quinn.

"They beat us down in Ferrycarrig. We wouldn't have lost many games at home this season. They’re just a good side and caught us on the day but that result, if we’d have got three points we’d have gone into the Shelbourne game level on points with them.

"At the start of the season against Peamount we missed a penalty in the 84th minute and then they scored in the 86th minute to win it. If you’ve those extra few points you might be there at the end of the season and it’d be us with the trophy.

"There’s a lot of learnings from that. For Sunday now, there’s massive hunger in the squad to go and win things. Last year we didn’t win anything. The girls have won a lot so it’s not a good season if we don’t win anything, no matter where you finish."

Elmes' departure hit the players hard - he was hugely respected - but Quinn has done an excellent job at maintaining the upward curve. Having lost Rianna Jarrett to Brighton in 2020, Youths desperately needed to find a goalscorer. Instead, they created one.

Veteran Kylie Murphy was moved further forward with emphatic results - she just missed out on winning the Golden Boot this season to Áine O'Gorman. 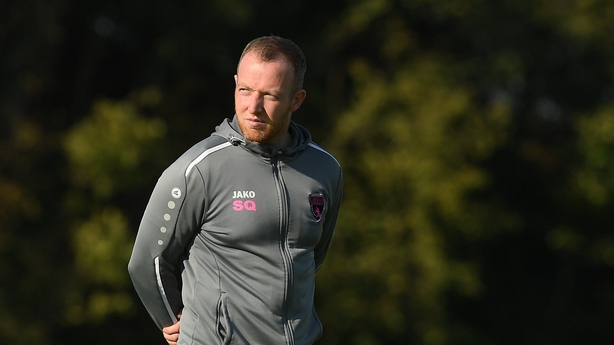 Quinn says he's quietly put his own stamp on the job but paid tribute to character of the group he's inherited. With so many serial winners in the camp, the dressing room often runs itself.

"The girls have been brilliant for me. The senior players really help me. It felt seamless at times. I bounced ideas off Tom a little bit at the start of it, just when I was finding my feel a little bit. I enjoy it, I enjoy the challenge.

"The players set the standards. As a staff we set out our plans and try to structure the place but the onus is on them when they go to play the games and how they train. That’s the standard that’s expected then when we play at the weekend to get the desired results."

Shels will be braced for a different Wexford Youths this weekend in Tallaght as they look to complete the double. Quinn's team went to Tolka Park with a few injuries - most notably to key defender Lauren Dwyer [hamstring] - but nobody looks likely to miss out on the big one.

"We just had a couple of knocks to the goalkeepers and other players carrying knocks," Quinn added.

"It wasn’t really a game we had to go out and win. We weren’t going to just make up the numbers either. We just wanted to make sure that we put in a good performance. We got through it and everyone is flying fit.

"It’s natural to feel nerves. We got over Saturday and we take it one game at a time. It’s the old cliché but once we won the semi-final you could very easily start thinking about the 21st [the date of the final] and forget about what’s inbetween.

"It’s very important to keep everything ticking over. When we start coming towards Saturday there’ll be a little bit of nerves and on the Sunday we’ll hope the work is done and we’ll see how far it takes us." 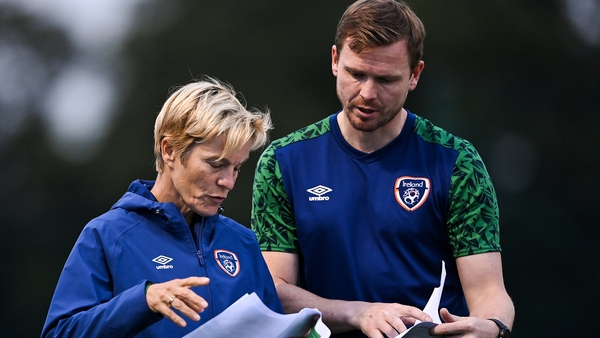 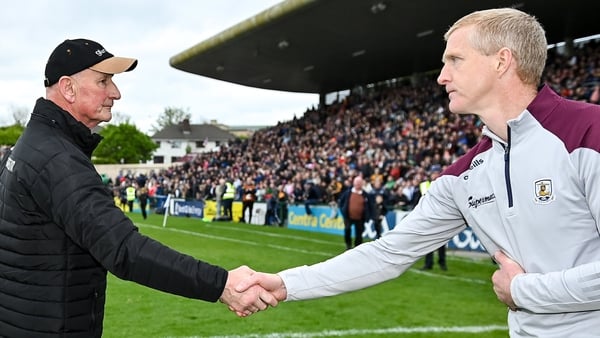