Bernardo Silva has been ruled out of Portugal's World Cup qualifier against the Republic of Ireland due to injury.

Portugal boss Fernando Santos said Silva was unable to train this week due to "muscle complaints" and will not travel with the squad for Thursday’s Group A game in Dublin.

Santos hopes Silva will be available for Sunday’s group decider against Serbia in Lisbon.

"I don't count on him," said Santos. "He has muscle complaints. I don't think he has the conditions to go to this game but we think he will be okay for Serbia.

"He arrived very tired and complaining. He is recovering well and we believe he will be able to play against Serbia.

"One of our physiotherapists will stay here [in Portugal] so that on Friday he can be integrated into training."

Six Portugal players, including Silva’s Manchester City team-mates Joao Cancelo and Ruben Dias, are one booking away from suspension and Santos hinted at rotating his side for the Aviva Stadium contest.

Portugal sit one point behind Serbia with a game in hand but their superior goal difference means draws in their final two matches would be enough to clinch top spot and qualify automatically for next year’s World Cup in Qatar.

"The most important game is against Ireland," said Santos, whose side are on a four-game winning run, which was sparked by the late 2-1 win over Ireland in September.

"I have confidence in all the players. More than getting a yellow card or not, you also have to think about how to be on the pitch.

"They'll give everything but when you know that a yellow card prevents you from being in the next game, that can affect you in some way.

"I'll analyse it carefully and put out a strong team." 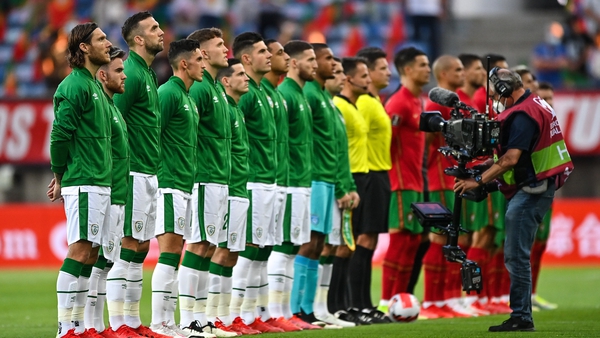