Liverpool manager Jurgen Klopp admitted he hated having to substitute Sadio Mane at half-time of their 2-0 Champions League victory over Atletico Madrid but he feared the visitors' gamesmanship would get the player sent off.

Early goals from Diogo Jota and Mane were soon followed by a red card for Atleti defender Felipe and from that point the visitors tried every trick in the book to restore numerical parity.

Mane had been targeted by the opposition from the off, much like in their last-16 meeting in Madrid in February 2020, and like on that occasion Klopp took the decision to minimise the risk by replacing the Senegal international at the interval.

It was harsh on Mane, who looked up for the fight, and it ultimately backfired as his replacement Roberto Firmino lasted 33 minutes before departing with a hamstring problem as Klopp's injury list continues to grow.

"I think everyone in the stadium expected it," said Klopp. "I thought it was the right thing to do and I hated it more than you can imagine.

"I was not worried that Sadio cannot handle his emotions – he was calm but the thing is the ball comes in the air for a headed challenge and the (Atletico) player goes down.

"We all saw what the Madrid players did, rolling around to try to equal the number of players again. I didn’t like it but it was the right thing to do."

Atletico being reduced to ten men made Liverpool’s job easier and, unlike in two of their previous four outings, there was no concession of a two-goal cushion as they qualified with two matches to spare as winners from the so-called 'Group of Death’ which also includes AC Milan and Porto.

A fourth successive Champions League group victory for the first time in the club’s history also saw Klopp’s side equal Bob Paisley’s record (as a league club) of 25 games unbeaten set between March and September 1982.

"If Firmino hadn’t gone off with a hamstring injury it would have been much better," said Klopp.

"For tonight job done, two games to go and we will try everything to win those too."

"I didn’t see a red card, I saw a yellow card but I saw it back and his foot was high and it hit his (Mane’s) Achilles. So a red card," said the Liverpool manager.

"Do I want the other team to go one man down? No. But with the intense schedule it is important to control the game. I don’t think it changed too much but of course it is a different game.

"We are in November and we try to get through these games pretty mature but it didn’t work out as Bobby got injured and that’s not good."

Simeone was not happy with a second successive sending-off against Liverpool – Antoine Griezmann was red-carded a fortnight ago – but was pleased with his side’s response.

Former Reds striker Luis Suarez thought he had got his side back in the game midway through the second half only for his deflected effort to be chalked off by VAR.

"We started quite well. The sending-off was another game with one player less," he said.

"If you look at the Felipe incident on another day that wouldn’t happen.

"When you play against a team like Liverpool you have to say credit to the team for being calm and taking on responsibility in the second half. Other teams would have fallen apart.

"Perhaps that goal from Suarez which was ruled out could have got us back in the game. Our responsibility now is to get better." 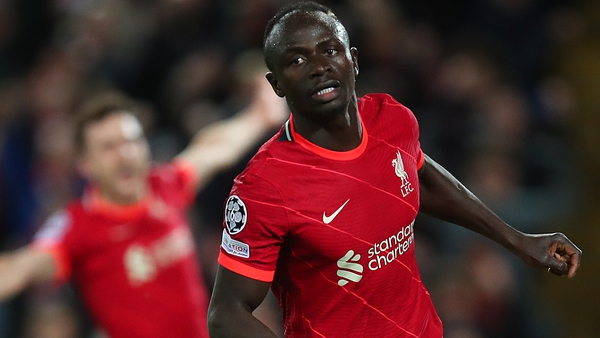