Damien Duff says he's mindful of the fact his part-time Shelbourne players have "to put food on the table" but the new boss fully intends to put his squad through their paces in early morning sessions as he maps out his plans for life in the Premier Division.

Duff has yet to nail down his back-room team at Shels and admits he hasn't yet been given the green light to train in the mornings as opposed to the evening time, which would make it easier to accommodate players who have other jobs.

However, the former Republic of Ireland winger is unwavering in his vision for what will serve the team best.

"My idea of an elite environment is training mornings, absolutely," he said.

"It's still not signed off on. I have the utmost respect for football in Ireland and players in Ireland. I know they have jobs. That's the most important thing.

"They have to put food on their table, but ideally we will be training mornings. Can you class that as full-time when they’re maybe going off to a job in the afternoon? Maybe not. But that’s part of my plan, to train mornings, prepare well the night before, come in early, train well.

"Listen I get it, you don't become rich by being a player or a coach in Ireland. Some of our squad will have to go off and work in the afternoons. I get that and I’m highly respectful of that."

'I'm absolutely fearful - that's where I'm at my best'

Duff has held coaching positions at Shamrock Rovers, Celtic and the Republic of Ireland in the last five years but he strongly rejected the notion that he gets itchy feet.

"I don't know how you prove longevity or commitment to a club," the Dubliner added.

"I got stick for training at 6 o'clock in the morning and then bringing them back out at 6 o'clock at night. I like to think they were the best days of those boys' careers to date.

"I probably saw those kids more than I did my own kids. But I can't prove longevity by then saying no to Celtic. If Celtic come and ask you to leave Shamrock Rovers Under-15s, everybody in this room would say yes.

"I had an amazing time at Celtic. If I go back there tomorrow I'd be welcomed back with open arms. I built amazing, amazing relationships with some special people but when your wife and your kids are back home and your son and daughter are asking, 'Daddy forget about 8, 9 and 10, we just want to you to home', you come home. So I came home.

"I went to the Irish coaching gig. I would have been unhappy with myself [if I stayed], I'm not going to get into that today but again everyone in this room would have left the gig, which is what I did.

"Everywhere I've been... I've dedicated my life to them. Longevity, impatient, always jumping ship - I actually don't when you strip it back and look at the ins and outs and the reasons. When I'm with players they get the whole of Damien Duff. I give my life to them." 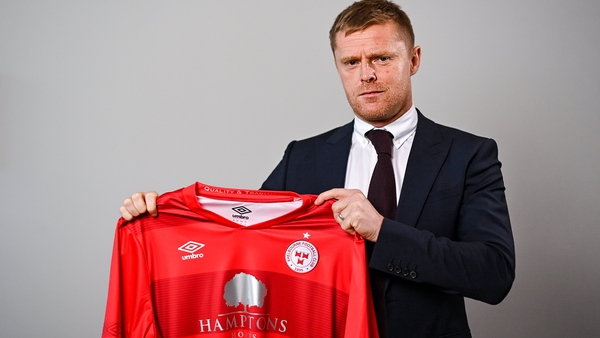 'I'm absolutely fearful - that's where I'm at my best'