Tottenham's decision to leave their big guns at home saw them lose 1-0 to Vitesse Arnhem in Group G of the UEFA Europa Conference League.

The likes of Harry Kane, Son Heung-min, Cristiano Romero and Hugo Lloris did not travel to Holland with Sunday's clash at West Ham in mind, while Republic of Ireland full-back Matt Doherty was among the injury absentees, and a second string were undone by Maximilian Wittek's 78th-minute strike.

The side Nuno Espirito Santo picked still had nine international players, but they were never really in the game and Bryan Gil's shot that hit the crossbar early in the second half was their only moment of note.

Nuno had shown the competition respect so far, but made it clear where his priorities lay, leaving the entire XI that played 90 minutes at Newcastle last weekend at home to train ahead of Sunday's Premier League visit to the Hammers.

With the return fixture in a fortnight and then a trip to the weakest team in the competition NS Mura to come, the Portuguese decided that leaving his big guns back in London for this game was a risk worth taking.

It was a gamble on a big night for Vitesse, who sold out their GelreDome stadium for the first time in seven years.

Before kick-off their partisan fans held up a banner reading "For the city, the colours and our club: This is our night" and, fresh from a derby win over NEC Nijmegen at the weekend, they started with intent.

Nikolai Baden Frederiksen forced Pierluigi Gollini into a save with his feet after being played in in the third minute and then Jacob Rasmussen flashed a header just wide from a corner.

Unsurprisingly given the amount of changes, Spurs were not up to much in an attacking sense in the first half, with teenage striker Dane Scarlett up against it in a lone role in attack.

They immediately showed more after the break and were within inches of taking the lead in the 47th minute.

Giovani Lo Celso showed why he is becoming a key player for Argentina as he went on an enterprising dribble before laying it off for Gil, whose first-time shot rattled the crossbar.

That was as good as it got for Spurs who were pinned further and further back as the second half wore on, with Eli Dasa twice going close with efforts from distance, the second effort bringing a smart stop out of Gollini.

It was no surprise when the goal came 12 minutes from time as Wittek brilliantly volleyed home Dasa's cross from the edge of the area to send the home crowd wild. 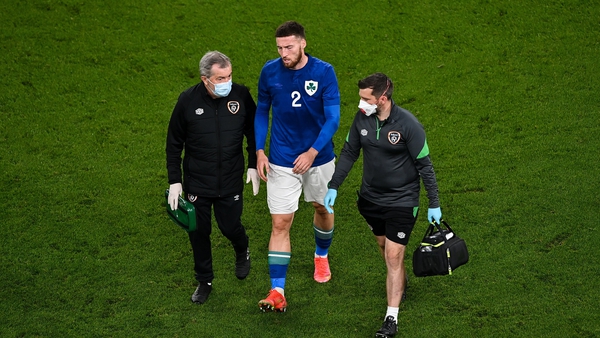