Serbia ended Ireland's already-slim hopes of qualifying for next year’s World Cup after a moment of individual skill from striker Dusan Vlahovic gave them a barely-deserved win over Luxembourg.

The result lifted Serbia to the top of Group A, nine points ahead of Ireland with two games remaining. Portugal sit one point behind Serbia with a game in hand.

Serbia lacked pace and intensity for much of the contest as manager Dragan Stojkovic's formation that included four forwards left a gaping hole in the centre of midfield, limiting the supply routes.

Anthony Moris blocked wing-back Filip Kostic's close-range shot in the second minute and Serbia failed to trouble the home goalkeeper before Vlahovic broke the deadlock from out of the blue in the 68th minute.

The Fiorentina striker took a long ball from Milos Veljkovic into his stride with a classy first touch and beat Moris with a crisp shot inside the near post from 14 metres after cutting into the penalty area.

Vlahovic had a carbon copy goal ruled out for offside in stoppage time after a VAR check as the visitors missed several chances on the break to score a second.

Serbia are at home to Azerbaijan and Portugal host Luxembourg in the next round of games on Tuesday. Ireland play Qatar in an Aviva Stadium friendly. 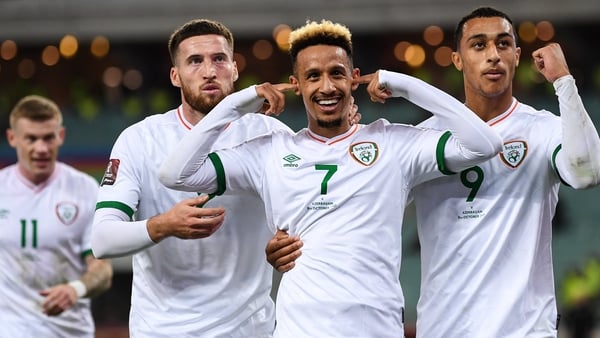