Former Republic of Ireland goalkeeper Shay Given says that it's Callum Robinson's own choice as to whether or not he gets a Covid-19 vaccination.

The forward, who has twice tested positive for the virus, caused a stir this week when he revealed that he hasn't received the jab yet.

Stephen Kenny's reign as manager has been highly disrupted by the pandemic, with his squad regularly impacted by withdrawals owing to cases.

Speaking on RTÉ's Morning Ireland, Given, who won 134 caps for his country, said that Robinson gets to decide what he does regarding a vaccination.

"People should be open to free choice," he began.

"It nearly feels like a bullying campaign if somebody says they've not had it, or had it – it's like the elephant in the room.

"I think everyone's health is their own decision and shouldn't be governed by the Taoiseach, or in England the Prime Minister. You should make your own choice and Callum spoke openly and made his own choice.

"I don't think he should be getting any stick for that. It's his body, it's his life. He feels like he's in a better position if he doesn't get it and he's less at risk, that's his choice.

"I say well done for speaking out. There's a campaign if anyone says anything against the common thing then you get hammered. I don't want to go into too much depth on it but I just think everyone in this life has got a choice.

"I'm not saying you should get it or shouldn't get it – my opinion is that you should have a free choice."

Immunologist: Footballers' vaccine decisions due to 'bubble of misinformation'

Pushed on whether Robinson's high profile as a professional footballer made his position on the matter of greater interest, Given added that a person's job was "irrelevant" and that it must come down to personal choice.

"It's no one's business if he's taken the vaccination, or medicine for something else," he added.

"It's his body. There's a line that you have to be careful that you don't cross. People's medical history is their own. That's why there's a privacy law when you're talking to doctors and nurses.

"That should be private information." 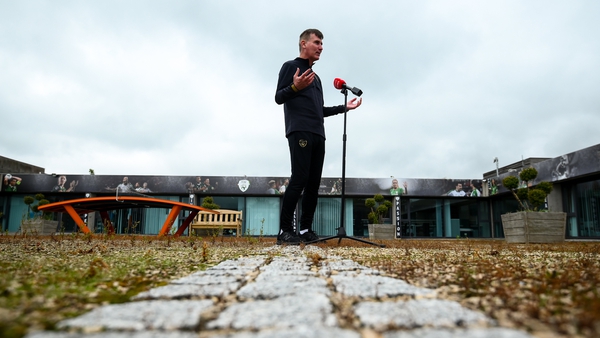