Republic of Ireland Under-21s goalkeeper Brian Maher says the home-based players drafted into Jim Crawford's squad this week have "the chests out and are buzzing to be here".

Crawford has named a squad for the qualifier against Luxembourg at Tallaght Stadium on Friday, and another extended panel featuring extra players based in Ireland for Tuesday's trip to Montenegro, which is on the UK and Germany's red list regarding Covid-19 quarantine restrictions.

That affects the Irish players plying their trade there, but Montenegro is currently not on Ireland's red list.

Galway United manager John Caulfield has said the League of Ireland players are being treated "like guinea pigs" and called for Ireland to forfeit their with Montenegro if some players are prevented from travelling, but Bray Wanderers stopper Maher said the vibes are wholly positive despite the continued uncertainty around that Montenegro game .

"I don't think there's any slight on any of the players," Maher said when asked about Caulfield's comments.

"Every player that's come in has been really excited. It's one of the proudest moments you can have, to get called up to Ireland. Everyone has come in the exact same as they would have before, with real excitement, real pride, the chest out and buzzing to be here.

"It's all out of our control at the moment. There hasn't really a conversation about it because Friday comes first. That's really been the focus. When Friday is finished we'll talk about the Montenegro game. It's above us. We can't affect it." 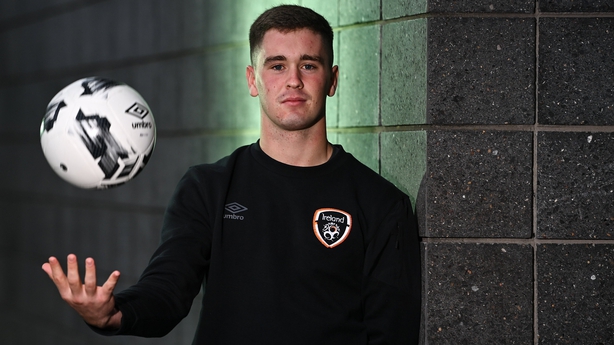 Crawford has said about 75% of his squad is fully vaccinated, with the rest having had just one jab or none at all.

"Everyone will have different reasons for getting it or not getting it," Maher added.

"There's loads of factors to it. Some people will get it straight away; some people won't. I just keep my own opinion and let everyone else have their own decision. It's not something that we talk about.

"Honestly I don't even really read a lot of the stuff about vaccinations. You can read social media and read two completely opposite things side by side so you don't really know what to look at. I had my own decision based on my own surroundings and people around me. After that it doesn't really bother me."

Ireland drew with Luxembourg 1-1 last month having started their qualification campaign with an excellent win over Bosnia. Once they get through this double-header they will face Italy and Sweden back-to-back in November.

It means they can't really afford to slip up again if they are to become the first Ireland team to make a Euros U21s finals.

"I don't think [the draw at Luxembourg] put a dampener on the squad or anything like that. It was a tough game. It's a tough place to go. I don't think we're that disheartened by it - we're all in good spirits for Friday, especially now we're back at Tallaght.

"We're just excited for the game. It's been a while since we had a home game in Tallaght. We're not even thinking about the second game yet to be honest. It's all about Luxembourg.

"If we look too far ahead it's nearly pointless. We just need to go game by game." 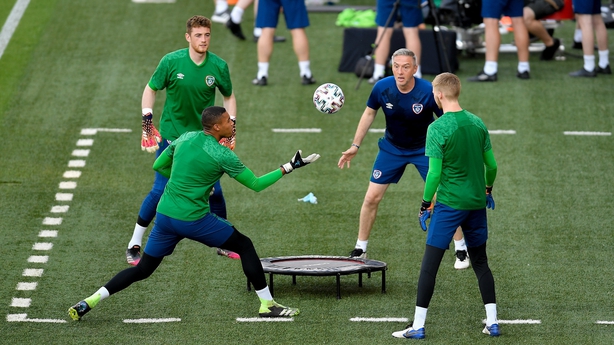 Having trained alongside Caoimhin Kelleher and Gavin Bazunu in previous Ireland underage squads, Maher knows full well the virtues of hard work and getting first-team minutes. He left St Pat's permanently over a year ago but is benefiting from getting consistent football at First Division promotion chasers Bray.

"To see [Kelleher and Bazunu] make the step up, it's great," he said. "It's not just goalkeepers. There's a lot of other lads we'd have played with at U17s, U19s championships. It's just really encouraging for the young players to see that pathway through.

"The lads are getting a chance - and I think they're all taking it as well. They're all playing really well and bringing something to the senior team.

"I want to push myself to be the best I can. It's one of the reasons I decided to leave Pat's. I think for my development I needed them first-team games. I think I have come on a good bit since I started playing [with Bray] and I can feel it my performances. You start to feel better as you get more and more games."

Follow Republic of Ireland U21s v Luxembourg U21s via our liveblog on RTÉ.ie/sport and the RTÉ News app, watch live on RTÉ2 and the RTÉ Player from 5pm 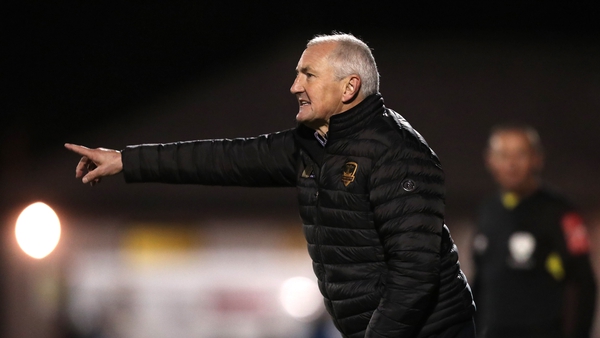 John Caulfield: LOI players being treated like 'guinea pigs' over U21 Montenegro fixture