Watch live on RTÉ2 or RTÉ Player from 7pm.

It will be mainly dry with sunny spells this evening. Highest temperatures of 18 to 20 degrees, in mostly moderate southwest breezes.

Ireland's last competitive campaign was a case of so near and yet so far. After a strong start to the Euro qualifiers with 13 points from a possible 15 before the Covid-19 pandemic delayed the schedule and momentum, Vera Pauw's side just ran out of steam in the final stretch as a damaging defeat to Ukraine was sandwiched between losses to runaway group favourites Germany.

That Ukraine fixture was the real hammer blow as they eventually pipped the Girls in Green to the play-off spot by just two points.

While it was a bitter pill, the campaign provided encouragement that Ireland were drawing into the realms of being play-off contenders for major tournaments. And now the team will put that growth to the test next month when they kick off their World Cup qualifying campaign in a challenging group featuring perennial major tournament contenders Sweden, a Finland side who have now qualified for four of five Euros, as well as Georgia and Slovakia.

To prepare for that looming task, Pauw's side have engaged in a series of friendlies this year against sides ranked in FIFA's top 20 (Ireland are currently 33rd in the most recent rankings).

All of those fixtures against Denmark, Belgium and Iceland (twice) have ended in defeats - however, all but one of those by narrow one-goal margins.

"The games Ireland have had over the last two years - in most of them we'd be expected not to win," says RTÉ Soccer analyst Lisa Fallon of that run.

"The likes of Germany, Denmark, Belgium. Now is the time we have to see those performances transfer into results in the qualifying campaign."

With the Irish side's qualifier against Georgia postponed from its original date last week, a strong Australia, ranked 11th in the world, provide a crucial final friendly fixture this evening. It's a chance to try and claim a potential confidence-boosting scalp before the real points-gaining business begins with Sweden's visit to Tallaght this time next month and also an opportunity to arrest a slide in results which has seen Pauw's squad lose seven on the trot.

"The start to our qualifying campaign has been delayed due to Covid issues in Georgia - where we faced the possibility of travelling without over 20 players - so we now have to look ahead to a double-header in October at home to Sweden and away to Finland," Pauw said this week.

"We know how difficult these games will be so that is why this test against Australia is so important to take positives from our performance."

Capacity at Tallaght Stadium has been capped at 4,000 due to Covid-19 restrictions, with tickets almost sold out.

Midfielder Ruesha Littlejohn has also been subsequently ruled out due to a foot injury.

Sam Kerr the spearhead for Australia

Still just 28, it feels like Australia's captain and star Sam Kerr has been around forever.

First capped way back in 2009 aged 15, the Chelsea forward, who is two goals away from 50 at international level, has been a perennial part of the squad for their World Cup tournament campaigns and will win her 100th cap against Ireland.

A truly world class talent, Kerr is the all-time top scorer in the US National Women's Soccer League and at the last World Cup in France, she just missed out on the golden boot with five goals, including a haul of four in a 4-1 win over Jamaica.

So keeping her quiet will be a tall order for the Irish defence. The rest of Tony Gustavsson's squad for tonight features other highly experienced names including Arsenal duo Lydia Williams and Steph Catley, who Ireland captain Katie McCabe will be very familiar with as club colleagues, but he has also drafted in a host of uncapped talents.

They come into the Ireland game - the first ever between both sides - off the back of an Olympic tournament in which they reached the semi-finals before losing to reigning world champions USA in the bronze medal match, while their only victories from 11 matches in 2021 have come against New Zealand and Great Britain at the Games. 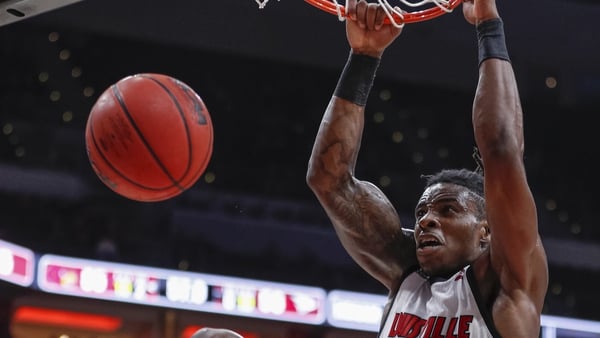