Peamount United recorded a hard-fought 2-1 win away to Athlone Town, especially as the champions were reduced to 10 players late on in this Women's National League encounter.

It took a special strike from a regular hero to save their day. Áine O'Gorman provided that much-needed finish when collecting a rushed clearance from goalkeeper Abbiegayle Royanne and chipping the Athlone stopper from distance.

By that stage, the scores were locked at 1-1 after Alannah McEvoy struck a sweet shot to cancel out a surprise opener from Emily Corbett, who lobbed out-rushing ’keeper Naoisha McAloon.

Athlone were excellent in all areas of the pitch, they rattled Peamount’s crossbar twice and battled for every ball. However, they didn't get the point that they deserved against United, who had Tiegan Ruddy sent off late on.

This game was all about the finishing power that Shelbourne possess as they raced into an early lead that they were never going to surrender no matter how hard Treaty fought back.

Emily Whelan got the hosts moving with a cushioned header before Saoirse Noonan twice scored from long range. Defender Jessie Stapleton then outdid the attacking duo with a superb free-kick.

Keeva Keenan and Ciara Grant extended the lead to 6-0 with tidy finishes but Treaty responded when Jenna Slattery raced clear to slide the ball past goalkeeper Amanda Budden before the interval.

Shels made three changes at the break although it was Treaty who looked the more dangerous. But they were simply too far behind, especially when Mia Dodd added a seventh, and Slattery's second of the game mattered little.

As so often has been the case in 11 seasons of the League, Kylie Murphy led by example for Wexford as the captain scored twice early on in their 4-1 win over Cork City.

Murphy is the type of player who inspires those around her, so it was not one bit surprising when fellow midfielder Ellen Molloy got in on the goalscoring with a shot that was too hot for the Cork goalkeeper to handle.

Sinead Taylor also found the back of the net in that period as Wexford continued their excellent recent form and showed that they still possess a lot of firepower in spite of seeing striker Lauren Kelly transfer to Peamount United.

Cork pulled one back through Eva Mangan but the contest was as good as over by then as Stephen Quinn’s side collected three points to stay one point behind joint leaders Shelbourne and Peamount in the title race.

The clash between Bohemians and DLR Waves was postponed due to Covid-19 cases within the Dalymount club. 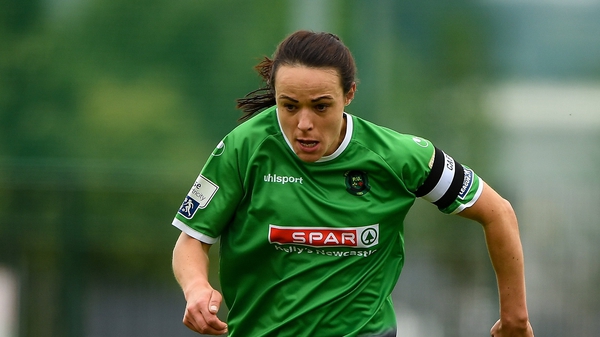