The stadium is where Ireland's hopes for Euro 2020 ended as Slovakia won on penalties early in the Stephen Kenny era.

Just 500 fans will be permitted to attend under Covid-19 regulations in Slovakia. The capacity is over 22,000.

Coverage is available on www.shamrockrovers.ie via a pay per view stream. 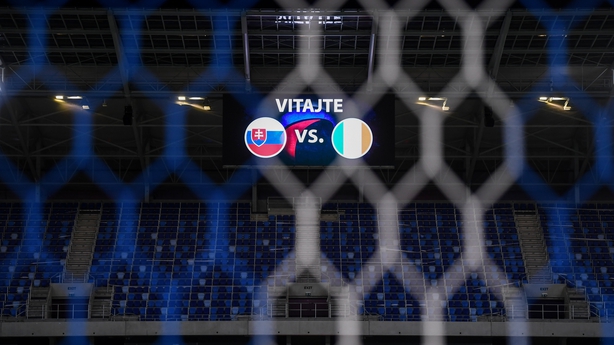 It will be hot and humid for the Hoops players. Temperatures will be 32°C around kick-off time.

It has to be a factor for Stephen Bradley as his players could possibly tire in the second half.

There is no doubt the Slovakian side are favourites. Their European campaign last year was disastrous simply due to Covid-19.

Faroe Islands side KI Klaksvik, who Dundalk later met in the Europa League play-off decider, were handed a walkover victory in the Champions League after multiple cases emerged in the Slovakian camp close to kick-off.

Finnish side KuPS then beat Slovan on penalties in Europa League qualifying.

They have beaten UCD and Dundalk in European competitions in recent years and have claimed the last three domestic titles, as well as two doubles.

Last year was a painful exit for a club which had secured three group stage qualifications in the last decade in the Europa League.

WHO DO WE KNOW? 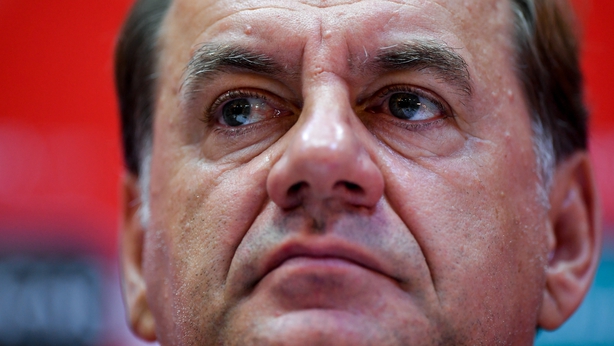 Vladimír Weiss is the manager of Slovan having previously managed Georgia.

His son, also named Vladimír, was part of the Slovakia squad in Euro 2020 and is also a familiar figure.

After that, there are not too many household names. But this is a side used to success and currently dominating the game in Slovakia.

The new Slovak season does not begin until 24 July so Slovan having been playing a series of friendlies to prepare for this game.

WHAT WILL THEY THINK OF THE HOOPS?

Guram Kashiam, a Georgian international who has played against Ireland several times, told the official Slovan Bratislava website that they can expect a physical game and a bit of ball from the Hoops.

He said: "I have played against the Irish national team many times. Shamrock will be a tough, physically strong opponent. Irish players can keep running and winning battles, they are dangerous from standard situations.

"However, they also like to play on the ground. I believe in our team. We have the quality to beat them, but of course, it needs to be confirmed on the field.

"He is not an easy opponent, because he is a multiple champion, so we must be 100% concentrated and avoid mistakes."

Perhaps it is progress that Irish teams are now also labelled a tough opponent for their footballing ability.

While Shamrock Rovers enjoyed the win over Ilves and then the glamour tie with AC Milan in 2020, albeit without the crowd and the away trip, this season is firmly about progress. 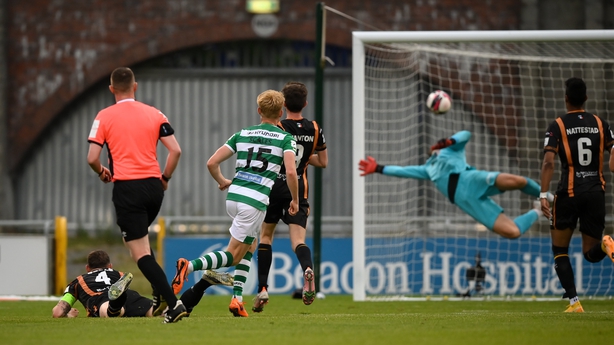 Rovers won the title last year for the first time since 2011 and now have the coveted champions route in European qualification.

It significantly increases their chances of progress to a group stage, in particular with the new Conference League now available.

A win in this tie would guarantee a play-off spot for the ECL group phase, while the loser will be moved to the third round.

The Tallaght side are guaranteed €1m already, even if they lose every game. Victory will add several hundred thousand euro.

HOW ARE THEY SET?

In truth, it could be better. Bradley's men have struggled in the league by their very high standards set in the last year. Last Friday's win over Dundalk showed something of a return to form.

New man Richie Towell made his debut and while he was unhappy with his own performance, the former Salford City and Dundalk man will be a huge asset.

Speaking to RTÉ Sport, Towell said European football is something he treasures

"My favourite one was probably my first ever game in Europe. I scored two. It's something I'll always treasure. I think it was in Luxembourg. My dad traveled over to watch the game so that always stands out.

"When Europe comes around it's an amazing experience.

"We watched some video stuff on them yesterday - they are a top side. They press really hard and when they have the ball they keep it really well. We know it's going to be a tough test but I'm sure it's something we'll relish."