Hungarian Prime Minister Viktor Orban has defended the booing of Irish players taking the knee earlier this week, insisting the custom related to slavery and was alien to the central European country.

Republic of Ireland manager Stephen Kenny hit out at the "incomprehensible" treatment of the Irish players by the home supporters for taking a knee ahead during Tuesday's scoreless draw with Hungary at the Szusza Ferenc Stadion in Budapest.

Hungary, one of 14 host nations to the upcoming Euro 2020 soccer championship, has been ruled for 11 years by hardline nationalist Orban, who has ruffled feathers with his tough anti-immigrant, nativist rhetoric in recent years.

Orban, who faces his toughest election challenge against a united opposition next year after three successive landslides, said Hungarian athletes were expected to "fight standing up", adding that pressuring athletes everywhere to follow suit was "provocation."

Orban defended the fans’ stance against the Irish players. 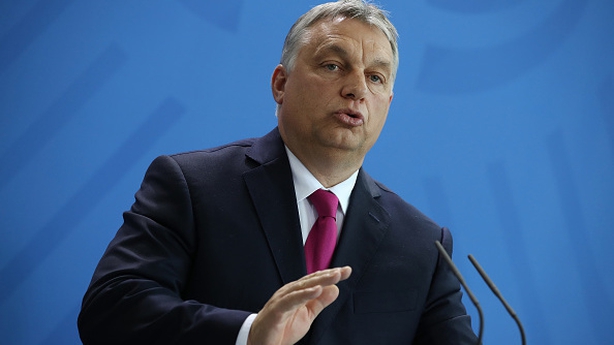 "If you're a guest in a country then understand its culture and do not provoke it," Orban told a press conference. "Do not provoke the host... We can only see this gesture system from our cultural vantage point as unintelligible, as provocation."

"The fans reacted the way those who are provoked usually react to provocation. They do not always choose the most elegant form (of reaction) but we have to understand their reasons... I agree with the fans."

England manager Gareth Southgate has said his team would not "just stick to football" during Euro 2020 while one of his players said the squad was united in its stance against racial injustice despite jeers from some fans.

This is a hard, serious moral burden, but every nation must carry this burden on their ow

Orban said he had no sympathy for "this kneeling business. I don't think this has any place on the pitch. Sport is about other things."

He said the gesture spread as fast as it did because of a guilt that former slave-holding nations feel to the slaves' descendants living amongst them, adding that Hungary never had slavery.

"This is a hard, serious moral burden, but every nation must carry this burden on their own," Orban said. "They need to sort this out themselves."