Jason Knight has insisted the Republic of Ireland's bid for World Cup qualification is not yet dead in the water despite a calamitous start to the campaign.

Stephen Kenny's men travelled to Serbia in March with high hopes of launching their quest for a trip to Qatar next year with a positive result, but ultimately returned on the wrong end of a 3-2 scoreline after an at times encouraging performance.

However, any positives from that near miss were obliterated three days later when they were beaten 1-0 by Luxembourg at the Aviva Stadium, leaving them staring down the barrel as they prepare for September's triple-header against Portugal, Azerbaijan and the Serbs.

But asked if he still believed there was something to fight for in the wake of Thursday night's 4-1 friendly win in Andorra, 20-year-old Derby midfielder Knight said: "A hundred per cent.

"As long as there's hope, we still believe in ourselves, and that will start in the first game.

"We always want to win the next game and perform well. But there is a transition period and a building that's going on here." 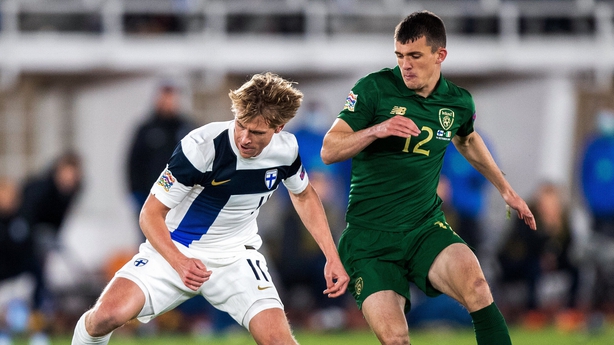 That transition has been instigated by Kenny, who stepped up from the under-21 ranks in April last year to replace Mick McCarthy and has since elevated a series of players to the senior stage.

The process has not been without its difficulties - the comeback win in Andorra was his first victory at the 12th attempt - but there have been notable successes along the way with Knight's emergence one of them.

Then 19, he was preparing to play for the under-21s in Italy in October when he was summoned to Helsinki to meet up with the senior squad and rewarded with a debut as a late substitute in a 1-0 Nations League defeat by Finland.

He won his sixth senior cap at the Estadi Nacional in Andorra La Vella and marked the occasion with his first goal, a situation he admits was beyond his wildest dreams not so very long ago.

Knight said: "To play in my sixth appearance and to score a goal would have been outside my thinking at that time. For it to happen now is a dream."

To have taken his first steps on the big stage at such a testing time for the national team has brought its own challenges, but the midfielder, along with the likes of Dara O'Shea and Jayson Molumby has taken it all in his stride and bought into Kenny's vision for the future.

He said: "It's a transition and it's going to take time. Hopefully, [Andorra] will be a catalyst for moving forward and putting in good performances."

The next opportunity will come in Tuesday night's friendly clash with Euro 2020 finalists Hungary in Budapest, when Ireland will hope to build upon a win which eased the mounting pressure, but given the opposition, did not answer all of the questions.

Troy Parrott's double laid the foundation, but Knight's strike from substitute Daryl Horgan's cross eased the Republic clear before he returned the favour at the death.

He said with a smile: "It was only right for me to set him up as he set me up with a great delivery."