Drogheda United ended their five-game winless run with a 7-0 victory over Covid-affected Waterford FC at the RSC on Saturday evening.

After two of their senior players were deemed close contacts of a confirmed Covid-19 case, the Blues stood down their senior team and called up their Under-19 squad for the game.

In this battle of youth versus experience, it was the well versed visitors who dominated this SSE Airtricity League Premier Division clash.

Drogheda's first chance of the game came from an in-swinging free-kick. Club captain Jake Hyland placed the ball into the centre of a chaotic penalty box and Daniel O'Reilly dived to get his head to it. However, his effort was off target and went well wide.

Hyland then broke free and played Chris Lyons into space at the edge of the box. He squared the ball to Darragh Markey, who was being marked tightly by Lekan Oki. The Waterford defender managed to condense the space, causing Markey to fire wide.

.@DroghedaUnited ended a recent winless run with a 7-0 win over a Waterford side who fielded their U19 team: https://t.co/Itxi5sGxS6

Here are the goals from that match #RTESoccer #WatchLOI pic.twitter.com/J24e1IYJYR

The midfielder soon made amends by jumping onto a loose ball and firing into the roof of the net.

A spectacular touch from Mark Doyle was the catalyst for Drogheda’s second. Out of a corner from Hyland, the striker twisted free and acrobatically knocked the ball across the goal and in.

The visitors snatched the ball from the restart and set up Dane Massey, who made it 3-0 from close range.

In the closing moments of the first half, Lyons scored twice. The first saw the forward turn in a cross from James Brown and the second was from a penalty.

Despite the gulf of experience between the two teams, there were plenty of moments of quality from the young Waterford team. Cian Browne had an iron set of lungs which allowed for a near constant press on Drogheda. Oki was a force at the back for the Blues and he repeatedly saved the team with his last minute clearances.

Waterford looked a more comfortable in the second half and frustrated Drogheda’s quick-footed attack. Kyle Cooke, who impressed against Shamrock Rovers earlier this season for the Blues, made a number of key saves.

The sixth goal for Drogheda was a work of art. The ball was passed around 31 times by the team before getting crossed to the back post by James Clarke. Massey was there to strike first time and finish the excellent sequence of play.

Killian Philips completed the night for Drogheda after he broke through a crowded penalty box to head in from close range. 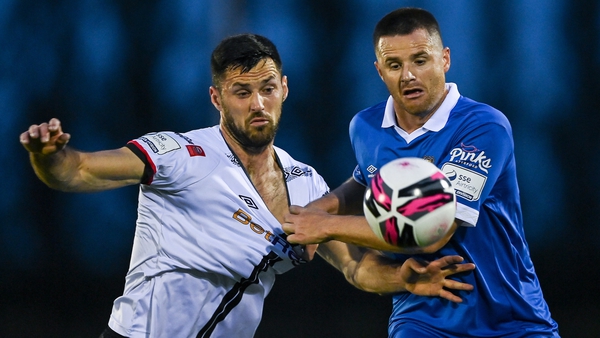 Poetry for Blues as Wordsworth earns draw with Dundalk 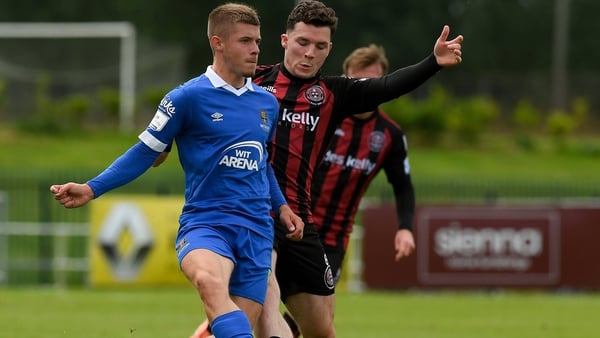 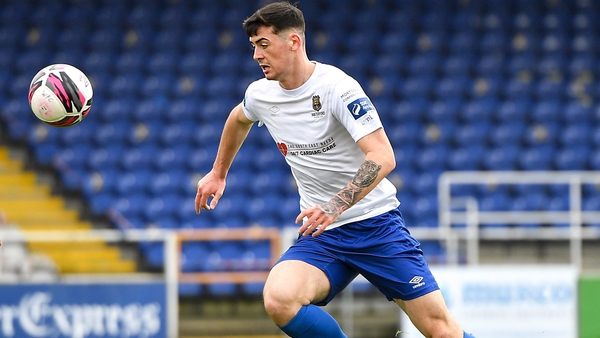 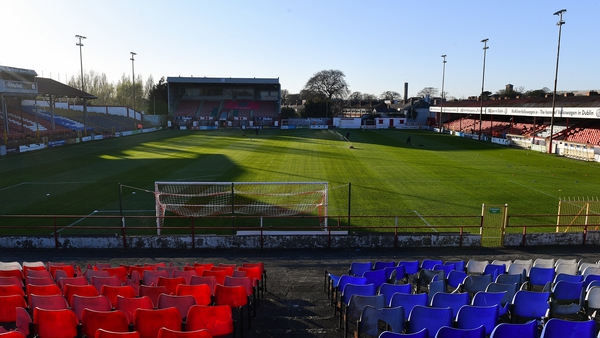