Yet as clubs were forced into humbling apologies, the fall-out from the seismic and shambolic episode seemed far from over as the six English sides involved faced the possibility of Premier League sanctions.

City were the first of the 12 rebel clubs to confirm they were quitting the controversial project on Tuesday, sparking a raft of further withdrawals that left the proposals in tatters.

By Wednesday evening, only Real Madrid, Barcelona and Juventus remained but even the president of the latter, Andrea Agnelli, had admitted the idea was now unworkable.

A fierce backlash from fans, footballing authorities, other clubs and government put paid to the Super League and Fernandinho admitted plenty of players were relieved.

The Brazilian told Sky Sports: "It has been crazy. On Monday this Super League comes out, we were a little bit surprised.

"We didn't expect that but, at the end, I think the good sense was the right thing to do.

"I think everyone who loves football didn't support this Super League, including players at our club.

"We are so happy now because everything was turned around and all the people who love football are calm.

"For sure, we are happy because at the end football wins."

The matter may not be over for City and fellow Premier League sides Manchester United, Liverpool, Arsenal, Chelsea and Tottenham, however.

The six clubs face possible punishment for breaching section L9 of the Premier League's rulebook, which states member clubs cannot enter or play in extra competitions without prior written approval.

The PA news agency understands the league's position has not altered since it issued a statement on Tuesday saying it was "considering all actions available". Brighton chief executive Paul Barber has since called for "appropriate action" to be taken against the clubs involved.

While that is to be determined, it has emerged however that Premier League chief executive chief executive Richard Masters is contacting those 'big six' club officials who sit on the competition's various committees to ask them to leave them.

For now, those clubs have followed their hasty retreats with messages of apology. 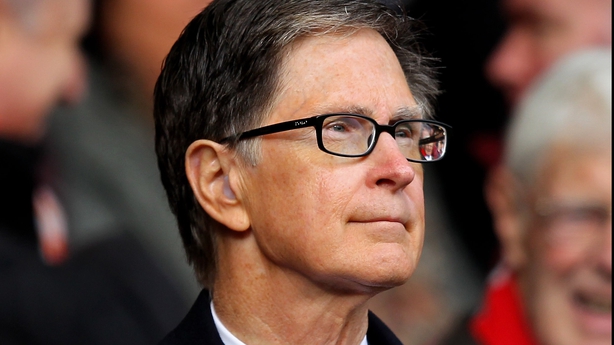 Liverpool principal owner John W Henry took full responsibility for the "disruption" caused by the project in a video message to supporters.

United co-chairman Joel Glazer then said sorry in a rare open letter to fans, admitting the club had "got it wrong" and wanted to "apologise unreservedly for the unrest caused".

Similar sentiments came from Soriano in an email to City fans, the Spaniard admitting "a mistake" for which "we sincerely apologise for the disappointment, frustration and anguish caused".

In a further consequence of the Super League affair, the European Club Association has appointed Paris St Germain president Nasser Al-Khelaifi as its new chairman.

He takes over from Agnelli, who resigned when all 12 rebel clubs quit the organisation en masse when Super League was launched on Sunday.

The ECA is a lobbying group which has previously been perceived as representing the most powerful clubs. There has been no official word on whether the rebels will be allowed to return and, if so, on what terms.

Meanwhile, Super League chairman Florentino Perez has insisted the competition is only on "standby", telling Spanish radio program El Larguero: "If this project didn't work, another one will.

"The English clubs tried to do something, but they were being told they were killing football. But there is no other solution than the Super League. Or somebody invents something else."